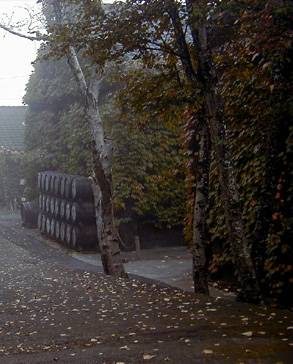 Updates: What does the future hold for Karuizawa? And Kirin and Suntory in merger talks. And Strike Karuizawa from your tour plans and No.1 acquires all the stock

The town of Karuizawa is a well known tourist spot. High in the Japanese Alps, it is traditionally a place for sweating inhabitants of the Tokyo plain to come for a bit of relief in summer. In fact, the current Emperor met his wife on a trip to Karuizawa. The Karuizawa distillery, in a populated area to the West of the main part of Karuizawa, sits somewhat insecurely on the southern slopes of Mount Asama, the island of Honshu's most active volcano. The mountain has erupted 152 times, most recently in 2004. Karuizawa malts have a reputation of being a bit on the aggressive side too.

The DistilleryThe Karuizawa site, previously a vineyard, first started distilling in 1956 and became one of three distilleries owned by the Mercian company . Mercian used to blend all Karuizawa's malts with products from its other distilleries but from about 1987 it began producing single malts from here. They built up a good reputation. Karuizawa has four stills and takes its water from a spring under Mount Asama. It uses Golden Promise malt shipped from Simpson’s of Berwick. Much of its whisky is matured in Sherry casks. The distillery's ivy covered buildings are quite picturesque and Mercian capitalise on this with a museum, visitor centre and restaurant on the site.

In 2006/7 Mercian was taken over the Kirin conglomerate, which has retained the Mercian name as a subdivision of its massive alcohol business. It is as yet unclear how the takeover will effect the Karuizawa whisky line. Kirin also own the Fuji Gotemba single brands (and a number of other cheaper whisky brands) and the takeover of Mercian has made them a significant force in whisky. The Mercian acquisition may not have been motivated by a drive to expand their whisky business, however. The conglomerate has subsequently made Mercian the centre of its wine division but transferred the sales side of the Karuizawa whisky brand to its Kirin offices. I have been asked whether the merger might also effect Karuizawa production, with perhaps fewer bottlings or (horror of horrors) a halt in production. I published this post explaining my current understanding of the situation.

In computer text, in case you want to search for Karuizawa on the Japanese internet: 軽井沢 (Karuizawa) ウィスキー (whisky). (Can`t see it?)
Single malts from Karuizawa
See the side bar.

LocationView location on map of Japan's single malt distilleries. (If you download Google Earth and click on the "KML" button above this map you can see the topography in 3D!)
Good visitor facilities. Not sure whether there is a distillery tour.
Address:
Karuizawa Distillery,
1795-2 Oaza Maseguchi,
Miyotamachi,
Kitasakugun,
Nagano
389-0207
Tel. 0267-320-0288
Fax 0267-32-0289
Address in Japanese:
軽井沢蒸留所 〒389-0207 長野県北佐久郡御代田町大字馬瀬口1795-2
Email Post
Labels: Distilleries Karuizawa Kirin

Anonymous said…
I'm visiting Japan this week and would love to visit this distillery althogh I'm trying to call them to book an appoinment I couldn't reach them. And wondering if is it possible to visit on Sunday?
Thanks for any help
Erik
October 20, 2008 at 7:50 PM

Anonymous said…
Dear Erik
I am afraid the Karuizawa distillery is not very clear on its website about when exactly it is open. The webpage that is not very clear is here:
http://www.kirin.co.jp/brands/sw/karuizawa/distillery/facilities.html
The distillery phone number is here:
0267-32-2006
But the phone number for booking a visit is:
TEL 0267-32-0288
FAX 0267-32-0289
The times and days when the distillery is open is not stated.
October 21, 2008 at 9:04 PM

Nonjatta said…
I am pretty busy at the moment so I can't really go beyond the help I have given above this week. I will try to get some more information about visits to this distillery when I can, because the info in Japanese and English is clearly not good enough.
October 21, 2008 at 9:11 PM

Unknown said…
All,
I have been recently hooked on Karuizawa (just got a hold of 1995 Noh bottling and am working my way through a 1992 bottling) and am hoping to visit the distillery during my August trip to Japan.
Anyone have any update on how accessible the distillery is, how the tours are, whether there is a shop, etc?
Thanks for a great blog.
-Drew
March 23, 2009 at 5:33 AM

Anonymous said…
Dear Drew
I am afraid to say that it is my understanding that the distillery is very hard to get into.
I really would not try to go there on spec. It is my understanding that they do not do tours. I have been trying to arrange a visit with Karuizawas management for months for my book and have not so far had any success.
If you do get any photographs of the distillery, even of the outside then I would beg you on my hands and knees for large format copies for use in my book.
Chris Bunting
March 23, 2009 at 9:46 PM

Anonymous said…
I have just checked a bit more on this and I should say that Ulf Buxrud says that there is a shop and a visitor centre and that tours can be arranged on request. I do not know if that is currently accurate however and I really would recommend contacting the distillery if you do want to go. Again, if you do get in, please consider sending me some photos (please!)
March 23, 2009 at 9:55 PM

Unknown said…
Hi Chris,
Thanks for the info. We are there for 11 days, so it's already going to be a stretch for me to convinced my girlfriend to go, but she would if we were assured we could get in, get a tour, etc. I speak not a word of Japanese but I will try calling the distillery in the coming weeks and see how successful that is. Will post back when I do.
Do you think this can be done as a day trip from Tokyo?
-Drew
March 26, 2009 at 5:18 PM

Anonymous said…
It could be done as a one day trip from Tokyo. Have you considered visiting the Suntory distillery Hakushu? I have just visited Yamazaki, which is near Kyoto, and they do a really decent tour etc.
March 27, 2009 at 9:55 AM

Anonymous said…
hi there,
heard from a friend of mine (japanese) that the distillery is closed now. is this true ? any plans to re-open. sad if it's true, such good whiskies.
wolfgang / mannheim / germany
March 16, 2012 at 6:55 PM

Nonjatta said…
Sorry, I should have posted the updates on this page. Yes, the Karuizawa distillery is closed, for all intents and purposes. That does not, however, mean there is not a lot of exciting activity around its remaining stock. I understand agents in Europe and Taiwan are looking at new bottlings right now.