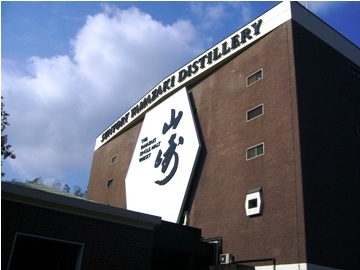 Suntory`s Yamazaki distillery was established in 1923 and was Japan`s first malt whisky plant. It is sandwiched between the two big cities of Kyoto and Osaka, nestled up against forested hills rising out of the Kansai plain. Yamazaki`s single malts have been described as being the "most Japanese" of the Japanese distilleries. Not sure I know what that means. Another characterisation I read focused on the "bright, fruity flavours" of its products, which fits in a bit with my very limited experience. Suntory`s own description is: "Whisky from Yamazaki Distillery has delicate taste with [a] woody yet sweet and gorgeous aroma." 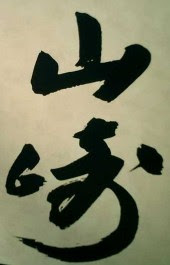 And in computer text, in case you want to search for Yamazaki on the Japanese internet: 山崎 (Yamazaki) ウィスキー (whisky). (Can`t see it?)

On his return from Scotland, the Grand Old Man of Japanese whisky Taketsuru Masataka had advised the wine maker Shinjiro Torii to build his first distillery in Hokkaido, because of the similarities there with Scottish geography (see Yoichi for the fulfilment of this dream). Torii ignored the advice and built at Yamazaki, nearer to the great economic and population centres of the Kansai region. It takes its water from an area traditionally famous for its good water. The great tea master Sen no Rikyu chose to have his tea house here. It is also near the confluence of three rivers ( the Katsura, Kizu and Uji), which Suntory claims meet each other at different temperatures, causing a great deal of mist. The distillers say the mist is good for storing whisky, stopping the loss of moisture from the casks.

Yamazaki was Japan's first whisky distillery. It started operation at 11.11 am on November 11, 1924 (oddly and slightly unfortunately, this 11.11.11 time is when many Westerners commemorate the Armistice that ended World War I, so you probably won't hear too much about this little factoid in Suntory's English language marketing). Yamazaki's first whisky hit the shelves in 1929. It was also the originator of Japan's first mass-marketed single malt, the Yamazaki 12, which hit the market in 1984.

The Yamazaki plant uses 12 stills of three different types. These are used to produce spirits of the wide range of different characters needed in Suntory`s blends, notably the famous Hibiki. Unlike in Scotland, Japan`s highly bi-polarised (Suntory vs. Nikka) whisky market means there is little or no swapping of spirits between distilleries with different owners for blending. This means it is necessary for makers to produce a range of styles in-house.

A shop and a visitor centre are attached to the distillery where visitors can read about its history and sample products.

See the side bar.

LocationView location on map of Japan's single malt distilleries. (If you download Google Earth and click on the "KML" button above this map you can see the topography in 3D!)
Visitors are welcome between 10am and 4.45pm. There are guided tours of the plant between 10 am and 3pm.
Yamazaki 5-2-1,
Mishimagun,
Shimamotocho,
Osaka,
618-0001
TEL: 075 962 1423
Address in Japanese
〒618-0001 大阪府三島郡島本町山崎5-2-1
The Yamazaki distillery has an English website here and an English language map as well (thanks to the anonymous poster for alerting me to these). The distillery is ten minutes walk from JR Yamazaki station.
Email Post
Labels: Distilleries Suntory Yamazaki

kev said…
recently in a bar in nyc, i spied (and sampled) an "off-menu" bottle of yamazaki named "yamazaki sherry cask".

there was no age on the label, and i could not find any information on this whisky online except for this page in chinese which seemed to be the bottle i tried: http://www.wretch.cc/blog/jaguarxjr15g/16075986

Nonjatta said…
Yes, I think the whisky you are talking about is this one
http://www.suntory.co.jp/news/2009/l_img/l_10333-2.jpg
It was released on 26 February 2009. 16,000 bottles were released. 8,000 went abroad.
There is no age statement on it and Suntory have not made a statement about the age. The big Japanese whisky manufacturers always stick by the Scotch conventions so it is going to be at least 3 years matured but I would be surprised if the ageing was not considerably more than that.
For one thing, the recommended price of 9,000 yen which is not an immature whisky price. They are probably mixing in some younger whiskies into the blend with some much more matured ones but because they must state the youngest as the age of the whisky have decided to leave it off.
This is a quality whisky. I have never tasted it but I will definitely be putting it on my list. I may post about this and another superb whisky that came out from Yamazaki at the same time in the next few days.
June 25, 2009 at 11:28 AM

kev said…
thanks for your quick response, chris. it is indeed that bottle.

both it and the taketsuru 17 were going for us$25 a dram in one of my regular bars in nyc. (expensive!)

my completely amateurish impression as left on my blog:

as usual, there was only a yamazaki 12/18 on the menu, but i spied 4 japanese bottles on the bar. when i asked about it, the cute waitress informed me that there was 2 "off-menu" items - one was a suntory taketsuru and a "yamazaki sherry cask" (sic).

both were being offered at a hefty $25 per dram - but since the bartender said there was not enough in the bottle for a single serving for the yamazaki, they would give me everything in the bottle for about half the price. ($14?)

needless to say, that was my choice. impressions: very heavy sherry character, like a macallan on steriods. you know those bubble gels that come in small tubes that you played as a kid? my first whiff was exactly like that. it was smooth and woody, and not unlike other aged yamazakis.
June 26, 2009 at 12:15 AM

Anonymous said…
The Yamazaki distillery seems to have an updated English website (http://theyamazaki.jp/en/).

The site includes an English language map as well (http://theyamazaki.jp/en/distillery/guide.html).
November 17, 2009 at 1:02 PM

gdunn said…
Hi.... I know you really have passion for Japanese whisky! As the National Amabassador for 3 years in the US for Suntory and have been studing und MR.Miyamoto-San and MR.Koshimizu-San. For you to Blatatnly get the direct fire wash still so wrong, I'm confused? There are 12 pot stills. Only two are not direct fire.... If you noticed the big chain drive on all but two.. Please prove me wrong.? I have read your wonderfull yearbook every year and gain kwowledge from your books. I am in Charge of making this brand in the US. I know it sounds small but ..... but.. . Thank you for your time. Please correct!!!!!!! Thanks
October 29, 2010 at 5:30 PM

Nonjatta said…
From the notes I took at the distillery: two of the 2006 Forsythe wash stills and a Miyake 2006 wash still are direct fired. All of the 6 Forsythe spirit stills are indirect. I have just looked this up in Ulf Buxrud's Japanese Whisky, page 105, and he agrees with my notes. You may be right and there way have been a misunderstanding between myself and the people at Yamazaki, which Ulf also, separately, fell foul of, so I will send in a inquiry to Suntory and update this thread on the issue.
I have also looked up this point in Dave Broom's excellent new World Atlas of Whisky and, although he does not go into detail, he does say all the wash stills are direct fired, which would seem to agree with you. As I say, I will look at this.

(For readers who don't understand what is being referred to, I referred in the 2011 Malt Whisky Yearbook to most of the pot stills being indirectly heated.)
October 30, 2010 at 12:14 PM

Nonjatta said…
I have send a detailed set of questions to Suntory. I will post the answers as soon as I get them.
October 30, 2010 at 1:05 PM 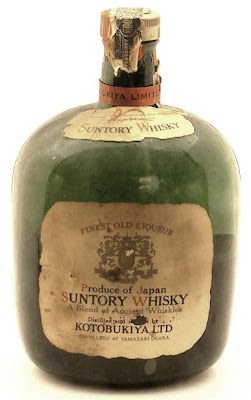