How to make a mizuwari

Millions of Japanese drink their whisky in mizuwaris and this is a major influence on how Japanese whisky is made and sold. The hot and sweaty season is approaching now, so I thought I had better get my mizuwari skills honed.

Basically, it is ice, whisky and a lot of water mixed. Not very complicated really. But of course we have to make things complicated, don't we? I have trawled the Japanese internet for all the most intricate mizuwari recipes and combined the most unnecessary details into the Nonjatta Mizuwari.

1. Fill a long glass with the ice. 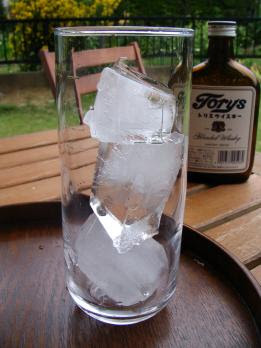 2. Pour in one measure of whisky. Stir 13 and a half times, slowly. If you can see a frost forming on the outside of the glass then you are there. 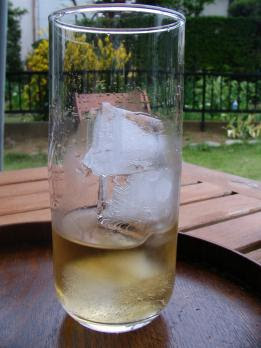 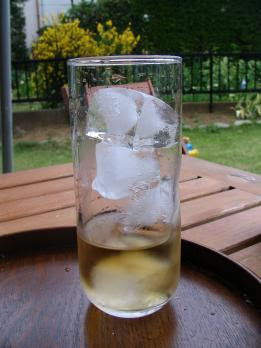 5. Pour in two measures of cold water. Some people like it with two and a half measures, others with just one. Stir it three and a half times, slowly. 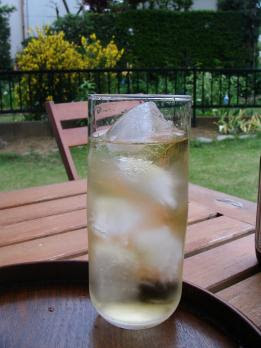 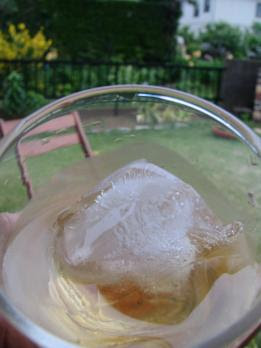 Just as a favour to me, please don't put expensive whisky in your mizuwari. I've seen people trying to sell single malt mizuwaris. Infact, I think Suntory may have actually bottled some very expensive malt mizuwari. It is just a waste. I am not saying mizuwaris are somehow a bad thing, just that it is bonkers to use expensive whisky as a cordial in an iced drink. There are perfectly good cheaper alternatives.

By the way, the half stirs come courtesy of the Suntory mizuwari (see references below). I was laughing at the idea of adding the half stir and my wife looked at me dead straight and said: "It is like the tea ceremony. There is beauty in the movement." So, the half stirs stay in, as does my scepticism. In case you want to search for mizuwari in Japanese: 水割り (mizuwari), ウィスキー (whisky). (Can`t see it?)

Update: Contrary to some very expert but ill informed writing elsewhere, "mizuwari" is not pronounced anything like "Missouri" (whichever of the various pronounciations of that word you take) and is not always consumed after work. It is pronounced fairly straightforwardly: mi-zu-wa-ri, with equal emphasis on all the syllables and "a" for apple (... if you are British; if you are American, see comments thread).

Anonymous said…
And another wise man once said: "Yer beautiful in yer wrath! I shall keep you, and in responding to my passions, yer hatred will kindle into love." - John Wayne as Genghis Kahn in the move The Conqueror
June 16, 2007 at 1:11 PM

MS said…
Thank you it has been a very good guide, now to make a mizuwari is definitely very easy with the help of your recommendation. Thanks
August 26, 2011 at 10:23 PM

Single Malt Whisky said…
This comment has been removed by a blog administrator.
November 24, 2014 at 5:59 PM