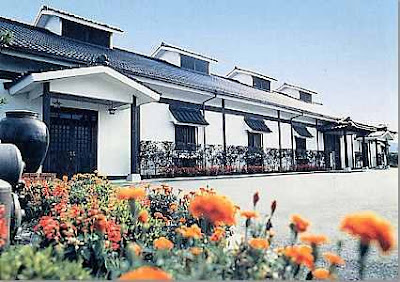 Kagoshima is the distillery most often left off Japanese single malt lists. There is good reason for this. The last time whisky was produced here was in 1984, back when Yuri Andropov was running the USSR and Michel Platini was winning football medals.

Kagoshima now produces only shochu spirit, the original speciality of its parent company Hombo, but although the distiller has moved its whisky HQ to the main island at Shinshu they are still selling Kagoshima single malt whisky.

The idea of it somehow appeals to me. This outpost at the bottom of the southern island of Kyushu is by far the furthest south Japanese single malt making has ever got. All the other distilleries have been on the main island of Honshu or on the northern island of Hokkaido. It was a bit of a cheeky incursion: Kyushu is normally seen as the the impregnable stronghold of shochu.

Kagoshima is yet another example of a Japanese single malt whisky distillery in the shadow of an active volcano (see also Karuizawa and Fuji Gotemba). Kagoshima has been called the "Naples of the East" because of the huge stratovolcano, Sakurajima, towering above it. There are thousands of small eruptions every year and the city is still waiting for a repeat of the big blow of 1914. Incidentally, Kagoshima is also famous for being bombarded by the British navy in 1863, nine years before Hombo was founded.

As far as I know there is only one single malt still available out of Kagoshima. It is labeled "Triple Cask Malt Whisky Vintage Satsuma".

The Kagoshima shochu distillery temporarily closed to visitors in 2007. I believe it will be reopened in 2008.