On Thursday April 17, 1919, Masataka Taketsuru walked into the ramshackle wooden buildings of Glasgow`s Buchanan Street Station and boarded the Caledonian Railway train going north. It was a historic moment.

Taketsuru had arrived in Glasgow in December 1918 and signed up on a chemistry course at Glasgow University a month previously, but with this journey he was beginning the task of unlocking Scotland`s centuries old distilling secrets. He was to take that lore with him back to Japan. It still guides Japanese whisky making to this day. 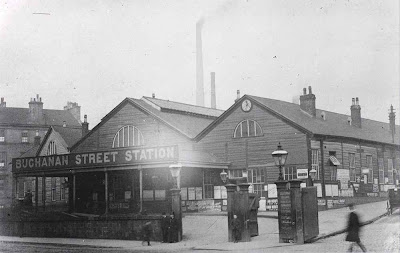 He must have made a strange sight: a lone Japanese 25 year old singing Japanese traditional songs to calm himself as he traveled to whisky's promised land. He changed at Perth onto the North Highland railway and finally made it to Elgin at the heart of the famous Speyside whisky region. He put up at the Station Hotel.

His plan the next morning was to approach J.A Nettleton, the author of an exhaustive guide to the whisky industry, who lived in Elgin. Nettleton's book, "The Manufacture of Spirit as conducted in the Distilleries of the United Kingdom", had already become Taketsuru's bible and he was making a painstaking translation into Japanese of its 450 pages. Nettleton was courteous to his visitor but his bill was too steep: more than £15 a month for Nettleton's technical instruction, plus more than that in accommodation and a £20 sweetener for an apprenticeship at a distillery. To put this in some kind of context, Taketsuru's monthly salary in Japan was less than £6. Reflecting on it now, it seems a more than reasonable price for the secrets of a country's distilling tradition but Taketsuru's expenses just wouldn't stretch that far. He left disappointed.

A lesser man might have returned with his tail between his legs to Glasgow and made do with the academic courses he had enrolled in at the University and the Royal Technical College. Taketsuru had been recruited as a student at the Osaka Technical High School by Kihei Abe, the founder and owner of the Osaka based spirits maker Settsu Shuzo. He had only been on the staff three years when Abe picked him to go to Scotland to try to find out how to make proper Scotch.

Taketsuru was every inch the dapper young gentleman. He came from a well established sake making family, had an excellent education (one of his schoolmates became the Japanese prime minister) and seems to have had some presence about him, but going to a profoundly foreign culture to discover and record a secretive industry's technical knowhow would be daunting for anyone. Britain in 1919 was not always friendly to non-white people: the day after his visit to Nettleton, Taketsuru visited three hotels in Rothes to try to find some cheaper accommodation than the grand Station Hotel, but was turned away at each. "Some people were afraid of foreigners," he explained.

In the meantime, far from giving up, Taketsuru had consulted a map of Speyside's distilleries and had determined to knock on their doors one by one. His first distillery was closed when he arrived, but his second, the Longmorn Distillery, three miles south of Elgin, turned up trumps. 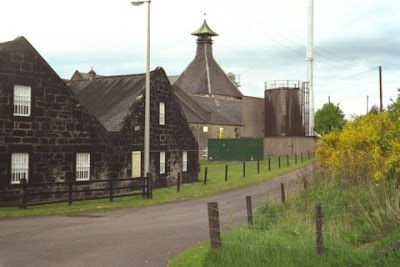 J.R. Grant, Longmorn's general manager, agreed to give him five days practical experience. There does not appear to have been any charge. Taketsuru wrote a detailed diary of his crash course in Scotch whisky making, filled with detailed diagrams and observations of the whole process. He noted everything from spent mash being sold as sheep feed for a shilling a bushel to the precise temperatures at which maltose and dextrose were created during mashing (142 C and 147 C). There is no suggestion that Taketsuru was anything but frank in explaining his motives for wanting this invaluable information and it seems the people at Longmorn can take credit for first nurturing the seeds of the Scotch style Japanese whisky tradition. Mr Grant himself showed Taketsuru how to judge distillation progress by tapping the outside of the potstill. On his last day, the distillery manager Mr R. B. Nicol showed him the warehouse and explained the storage process. Taketsuru even recorded the weekly wage of the cooper: £2 2 shillings. 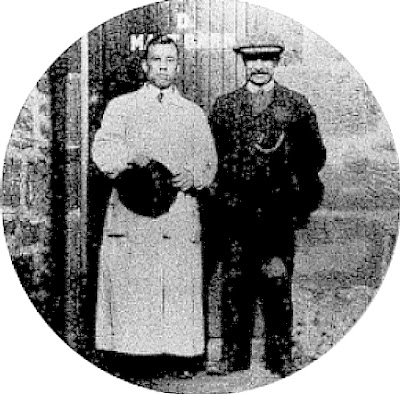 Did Taketsuru mumble Japanese traditional tunes to himself as he took the train back to Glasgow on April 26, or was he whistling a cheerful new tune? He had made a massive stride towards unlocking Scotland's secrets, but he still had his studies to pursue in Glasgow. A much longer apprenticeship at the Hazelburn distillery was ahead of him before he would return to Japan. And a love affair with a Scots woman. But those are stories for another day.