In a diary entry on his return from his ground breaking trip to the Speyside distilleries, Masataka Taketsuru wrote: "... arriving in Glasgow early in the evening, although it was smoky, I felt I was at home, and that Glasgow is my town." He immediately plunged back into the academic Chemistry courses at the University of Glasgow and Royal Technical College that he had enrolled in before his trip North and set about finding new opportunities to get hands on experience in the distilleries. 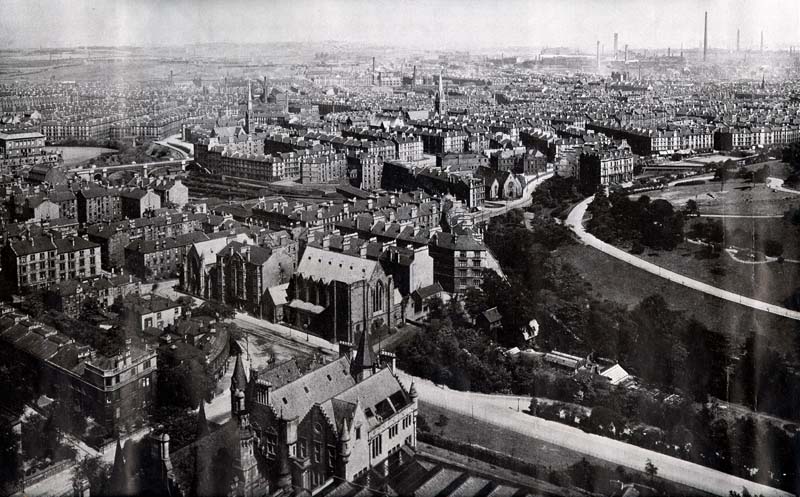 Glasgow (about 15 years before Taketsuru's time)

In early Summer 1919, he spent three weeks working at the Bo'ness distillery in West Lothian, where he was able to get experience of grain whisky production using a Coffey Still. That autumn he took a brief trip to France's Bordeaux district to try to pick up some understanding of wine production but the decisive step forward with whisky came through a friendship with a Royal College chemistry professor, Forsyth James Wilson, who helped him secure an extended five month "apprenticeship" in the Hazelburn Distillery at Campbeltown in 1920. (On first seeing Taketsuru in his class, Wilson had asked "Are you Spanish?". "No, I am Japanese.")

He seems to have been received at Hazelburn as warmly as he had been at Longmorn and, working under distillery manager Peter Innes, was able to amass enough practical knowledge to write a 100 page report for his bosses in Japan on the technicalities of Scotch whisky manufacture.

In the late Summer of 1920, Taketsuru made another short trip to the continent and later that year boarded the steamship to America which, via an overland crossing, would eventually take him back to Japan. He had amassed a fund of knowledge that would make him Japan's pre-eminent authority on whisky. He was also traveling home a married man... 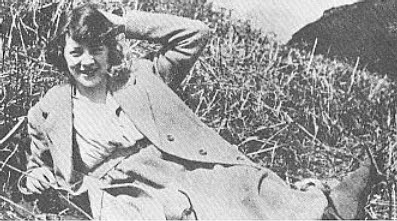 Shortly after his arrival in Scotland, in December 1918, Taketsuru had met a female Scottish medical student at the University of Glasgow called Ella Cowan. He was invited to visit her family at Kirkintilloch some time in late 1918 or early 1919 and, by March 1919, he was lodging with them in their grand house in he centre of Kirkintilloch.

The Cowans were a family in mourning. Just 6 months before Taketsuru met Ella, her father, the local GP Dr Samuel Campbell Cowan, had died aged only 48. He left the family's finances in a precarious state and, while Taketsuru's rent may have provided some temporary relief, the widow, Mrs Robina Cowan, was shortly to be forced to sell the house. There were four children to support. Twenty-three year old Rita, who was still living with the family, Ella (19), Lucy (16) and the son Ramsay Campbell, who was still at school.

It was not Ella but the bookish Rita who captivated the handsome foreigner. Their relationship developed through 1919. In the evenings, after his days studying in Glasgow, he would accompany her piano playing on a Japanese hand drum. He brought a bottle of perfume back for Rita from his first trip to the continent and she reciprocated with a book of Robert Burns's poetry: "To my dearest Japanese friend, my favourite poetical works." She also confided the pain of the loss of her fiance in the Middle East in World War I. There is a family story, told in various versions, that Scottish tradition had it that someone pulling a ring from the Christmas pudding would be married within a year. Rita pulled the ring.

Taketsuru proposed to Rita at some time over the Christmas period. He is supposed to have said: "If you would like to get married I could stay in Scotland" and she to have replied that she understood Taketsuru's dream was to make genuine whisky in Japan and she would go to there with him.

Both Rita and Taketsuru were over 21 and so, according to Scottish law, could be married without their parents' permission. On January 8, 1920, without asking for that permission, they were married by the Sheriff Substitute of Lanarkshire. The witnesses were Rita's 16 year old sister and her friend Jessie Henderson and the only other guest to a celebratory meal at Glasgow's Station Hotel was Professor Wilson. Mrs Cowan immediately demanded an an annulment when she heard of the marriage and the news of the union was taken so badly in Japan, that the president of Taketsuru's company, Kihei Abe, immediately travelled to Scotland with the loud disapproval of Taketsuru's wealthy sake making family ringing in his ears. The couple were adamant and Taketsuru and Rita lived together in Campbeltown during his apprenticeship at Hazelburn and, at sometime in this period, Rita's sisters persuaded the mother to accept the marriage.

In November, the young couple traveled to Japan to start a new life. Rita was only to return to her homeland twice, once in 1925 and once in 1931. She died in 1961 and her life in Japan is worthy of separate telling.


This posting is largely based on Nikka publicity materials, this page in particular, and Olive Checkland's book Japanese Whisky, Scotch Blend.
The photograph of Glasgow is taken from this site. Permission has been sought.
The photograph of Rita is from here. Permission has been sought.
To simplify things, I have used the name "Rita" because that is what she chose to be called in Japan. She was actually Christened “Jessie Roberta”.
Posted at 4:54 AM