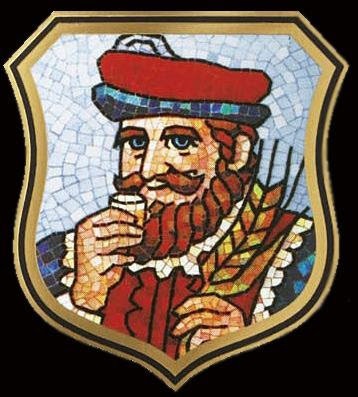 Enter any Japanese alcohol seller and, as likely as not, you will meet the insouciant, blue eyed stare of the "King of Blenders". He is the face of Nikka whisky and features on all of their Nikka Black range. Who the heck is he?

There are numerous theories: Henry VIII was my favoured candidate before I started looking into this, but I've also heard mention of Walter Raleigh on the Japanese web and even the founder of Nikka Masataka Taketsuru himself, simply because the latter had a relatively unambitious copse of facial hair on his top lip. (Taketsuru's standard retort was that he wasn't so vain as to put himself on his brands and, anyway, "Do I have blue eyes?")

Not a blue eye between them: Henry, Raleigh and Taketsuru

Who knows what goes into a brand logo? The first bottles of Nikka Black didn't feature the "King of Blenders" at all and when he did appear in the mid 60s (see illustration below), the brief given to the designer was probably "something old and something British." There may well have been a touch of Henry or a dash of Raleigh in the red bearded, Tudor cap wearing gentleman he/she came up with. 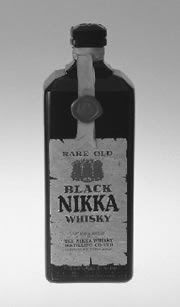 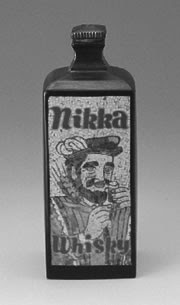 However, the official Nikka explanation has it that the logo was actually modeled on a certain "Sir W.P. Lawrie". He is supposed to have been prominent around the time that Andrew Usher created the first commercial blended whisky in the 1850s but I can find neither hide nor hair of him. The Japanese characters used by Nikka could have at least two English spellings - "Lawrie" or "Raleigh" - but, even allowing for that, I have drawn a blank. Who is this mysterious whisky monarch and why was he going around in Tudor garb in 19th Century Britain? Can anyone help?