Miki Watanabe, boss of the huge Watami chain of restaurants and izakayas, is the Richard Branson of Japanese business. He has made his own personality his main brand since coming straight out of university to found a single restaurant in 1984. He now has more than 630.

The name of the chain is derived from his own and, though he runs all sorts of establishments from classy drinking haunts to more food focused restaurants, they invariably carry the same "Watami" characters on their signboards. There are lots of variations but these two kanji seem to crop up on every other street I walk down here: 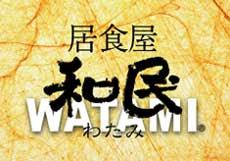 It usually pays to be sceptical of business celebrities and the wares they hawk but I have to admit to being a Watami fan. The staff are better trained than the other big chains, the menus are innovative and of fairly high quality and the restaurants make a thing of stocking good alcohol. Order a glass of sake (Nihonshu) or shochu at random from a Watami menu and you are likely to be served something worth drinking.

Watami has also been doing its single malt whisky homework. It seems to have a tie up with Suntory and has blends and single malts available from their range. I was excited to discover on my last visit that Watami now stocks its own unique Yamazaki bottling. Predictably, given the Watanabe personality cult, it is called "Watami President Choice". It is a 12-year-old single malt but tasted quite different to me from the standard Yamazaki 12.

When I say Watami`s staff are well trained, I am comparing them to the absolutely abysmal standards you get in big chains in the big cities. The girl who took my order at Watami for a straight "Watami President Choice" came back with it on the rocks. However, she corrected her mistake efficiently and politely. The drink itself was palatable. A sweet start with caramel. Chewy toffees. Nothing really developed from there. It is a very well rounded whisky, almost too well rounded: inoffensive to the point of being boring. Would it be rude to call this sherry casked charmer the Coca-Cola of single malts?

I enjoyed my drink but I wouldn't rave about it. What I would rave about is the fact that there is a proper Japanese single malt being aggressively marketed by one of the most successful restaurant and izakaya chains in Japan. That is likely to introduce more people to quality whisky than a thousand connoisseur tastings.

Alcohol
43 per cent
Price (March 2008)
660 ml - 5,248 yen
Single: 523 yen
Double: 1,048 yen
(All prices include tax. I presume you can keep the bottle at the restaurant. I doubt you would be able to take it out. It is probably best to try to check the rules with the staff before buying.)
Email Post
Labels: Suntory