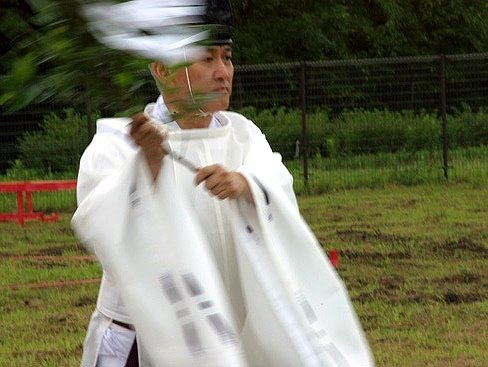 A Shinto priest at Chichibu

One of the reasons for Japanese whisky's success is the incredible loyalty of its producers to the Scottish distilling methods they began to learn 85 years ago. Step into a Japanese distillery and you might as well be in old country. Everything is within the Scots' tradition. Indeed, sometimes the only divergence is in a stubborn allegiance to traditional ways that even the Scottish have largely abandoned (Yoichi's coal fires, for instance).

But some things are special. Inspired by the scoop last week from John Hawkins about the new Chichibu distillery, I want to take a trip back in time to see how the Chichibu site was prepared for its leading part in the Japanese whisky story. All the images below come from the Kitty's Bar blog (which John alerted me to). Thanks to them for giving us permission to share their work.

In July last year, before building had started at Chichibu, a Shinto priest from the Chichibu shrine was brought to the site to conduct a "Jichinsai" ground breaking ceremony. I am not a shinto expert. Glib summaries of other people's religious ceremonies are always a hazardous business, but my understanding is that it is believed that the building will meet misfortune if the kami (god) in the land is not placated. 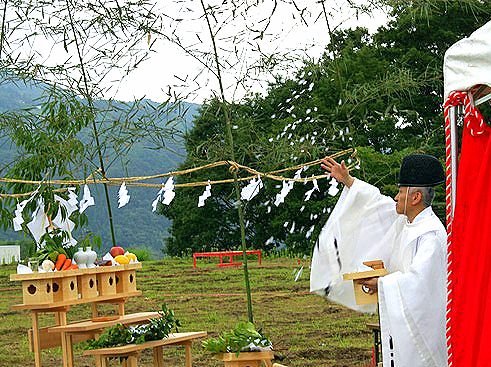 Talking to the land

First, the kami of the earth was addressed by the priest and a prayer for the construction was made. Offerings were put on the altar and Ichiro took a ceremonial first hoe full. I think I am right in saying that you can see a glass of sake on the altar (below) and bottles of sake beside Ichiro (second photo below). Sake is as closely associated with Shinto ritual as wine is with Christianity. Isn't there something delightful about kami being propitiated with sake for the benefit of a whisky distillery? 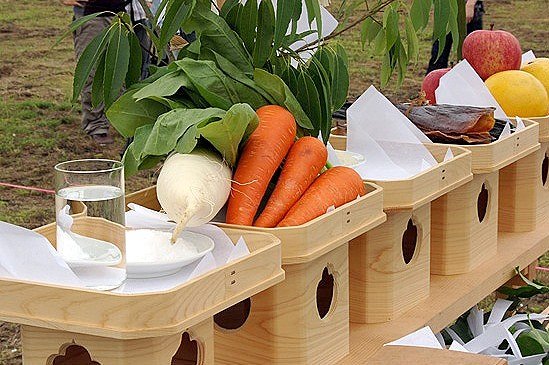 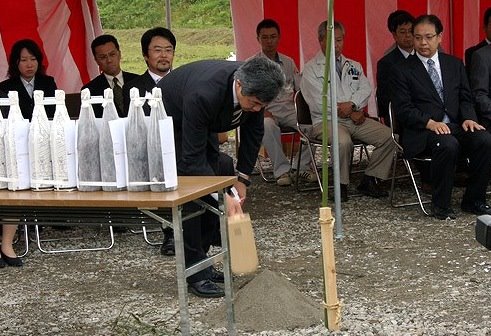 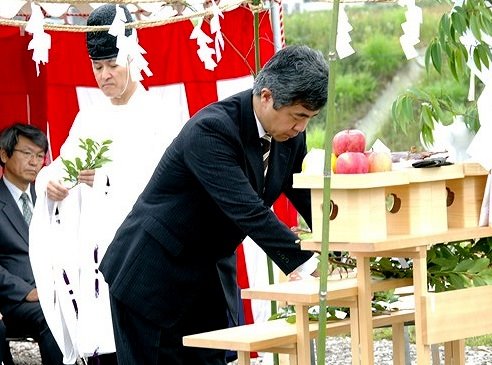 When it was all over, it was straight back to business: 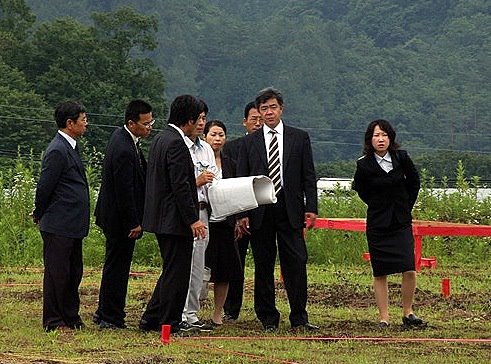 Only nine months later and Chichibu distillery is built and already up and running! Let's hope the spirit continues to be good to all of us.


All the images are from Kitty's Bar blog, who gave permission to use them.
Email Post
Labels: Chichibu Hanyu Ichiro`s Malt Venture Whisky