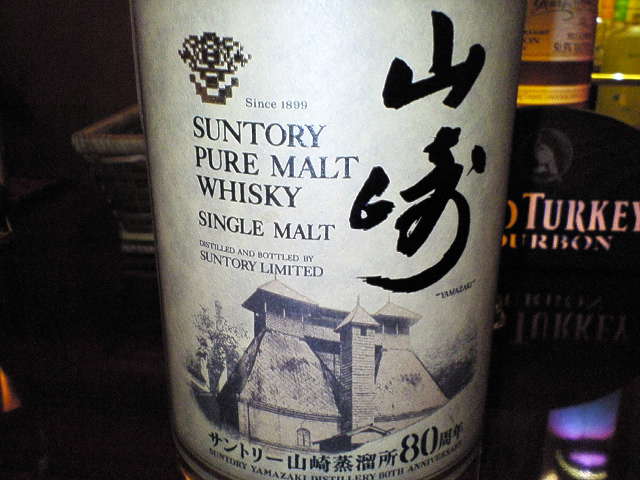 The phenomenal Serge Valentin of whiskyfun.com has been generous enough to send Nonjatta another great slew of Japanese whisky reviews, this time a bonanza of Yamazaki tastings. Nonjatta will be chock full of the "Summer Yamazaki Sessions" over the next few days.

"Yamazaki 15 yo ‘80th Anniversary’ (43%, OB, 2003) This was bottled to commemorate Yamazaki’s 80th anniversary.
Colour: Pale gold.
Nose: Very expressive, fruity (plums, apricots) and pleasantly oaky (vanilla). Develops some mint and whiffs of cinnamon and ginger, as well as chocolate, vanilla fudge and acacia honey. A very sexy and very well composed nose.
Mouth: Again, quite a lot happening on the palate, even if the general profile is much, much drier. Notes of cider, apple peel, green tea, mead, vanilla… Gets more peppery and gingery after a moment. Quite chewy. Finish: medium long, prolonging the palate in the same style.
Comments: A very good malt, with a big personality. A huge difference between nose and palate though.
SGP(on average):551 – 86 points." (Serge`s scoring system is explained on this page.)

Thanks for the photo goes to this Japanese blog.
Email Post
Labels: Suntory Yamazaki