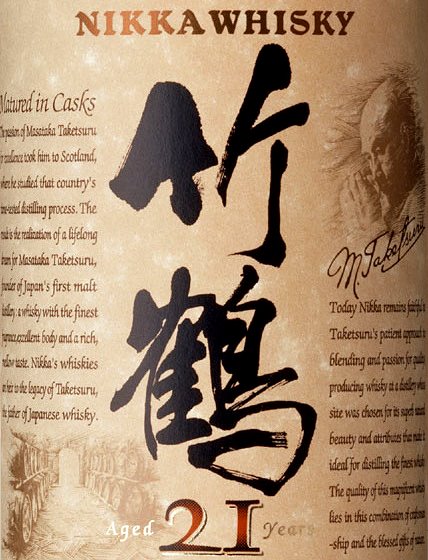 Serge Valentin described it as "masterfully composed" and the judges at the World Whisky Awards concur. Nikka whisky`s Taketsuru 21 Pure Malt won the World`s Best Blended Malt Whisky at the World Whisky Awards on April 20-21. For a full list of the winners go to the Whisky Magazine site. The great thing about this whisky is, though it costs a fair whack at about 10,000 yen for a standard bottle, you can also buy it in 180ml miniatures. I am off out to hunt one of those down before they all disappear.

The Best Single Malt prize, won by the Yoichi 1987 last year, returned to Scotland in the latest awards. A Highland Park 21 year old won the coveted laurel. (Incidentally, have been busy on Japan`s southern islands researching Japanese spirits over the past few weeks so I missed this interesting little story on the whisky magazine website about Highland Park finding some of their rare old malts in Japan.)
Email Post

Mark Connelly said…
Japanese whisky is indeed taking over the world and rightly so. Superb whisky every time. Well-crafted, well-packaged and just delicious.
April 28, 2009 at 11:41 PM