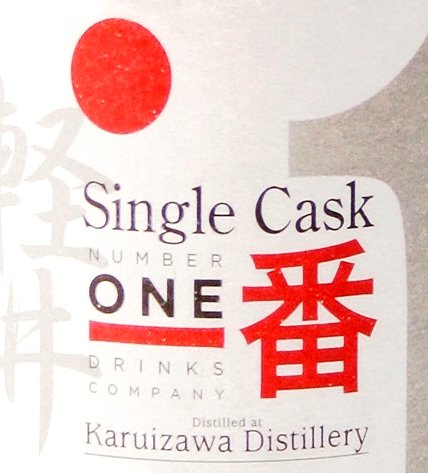 Japanese whiskies have scooped nearly half of the gold medals at the 2009 Malt Maniacs Awards.

A Number One Drink's Company bottling of a Karuizawa 1972 single cask (65%, Sherry cask #7290, 528 Bottles) won a gold as well as the first prize in the "ultra-premium" category but it was the presence of three Japanese whiskies among only seven gold medalists that shocked Malt Maniac editor Johannes van den Heuvel.

"Such a result would make sense if half of the bottles in the competition came from Japan, but in fact only a handful of the participants for 2009 were submitted by Suntory, La Maison du Whisky or the Number One Drinks Company. So, based on our experiences in the MM Awards it seems that the average Japanese whisky is fabulous," he said.

The Malt Maniac Awards are the most transparent international whisky prize and one of only two or three competitions that I pay close attention to every year. The organisers publish every score from a named panel of some of the world's most knowledgeable whisky people. The formula used to collate the results is also explained in detail.

Although the whiskies tasted are given for free by the companies that make or distribute them, the Malt Maniacs themselves are a non-profit making collective of whisky enthusiasts and so there can be no suspicion of commercial interests skewing the results (to be fair, there is no evidence of chicanery in the main commercial competitions.)

Another major prize went to my current love interest Yamazaki 1984 (48%, OB, matured in Japanese Mizunara oak, +/- 2009), which won the Best Cask Innovation Award in the Ultra Premium category (best whisky matured or finished in an unusual cask). The Yamazaki 18-year-old (43%, OB, +/- 2009) scooped the Sherry Cask Award in the premium category.

"One trend that emerges from these results (or perhaps an existing trend that is confirmed by these results) is the strengthened profile of Japanese whiskies. Ever since they started participating in our competition in 2006, the Japanese managed to collect more than their fair share of medals," said van den Heuvel.

"Of course it's entirely possible that we've only received the very best whiskies from Japan, so we'd never encounter possible sub-standard expressions - even if they existed. Nevertheless, based on what we've experienced so far it would seem that the 'quality' of the average Japanese whisky has now surpassed the quality of the average Scotch whisky.

Unknown said…
Well done to that Karuizawa for winning one of the three categories; Ultra premium with 90 points.
Also well done to the 36y Glen Grant for winning the Premium with 91 points, not forgetting Glendronach Revival's 90 point win in Daily Drams.
91, 90 & 90 Points; Who's the overall winner?
December 2, 2009 at 8:12 PM

Nonatta said…
Whisky Note and Keith. Sorry, my bad. I have changed the wording of the post (which,for anyone coming late, said the Karuizawa was the overall winner of the whole competition when in fact there does not seem to be such a prize.) The Glen Grant, in the less expensive category, did indeed score higher. The Karuizawa won the ultra premium category.
December 2, 2009 at 10:30 PM

You're the most important benefactor for Japanese MaltManiacs.