A while ago, we promised to review the final 4 Ichiro’s Card releases. They’re long gone now, of course, but they do pop up on auctions from time to time. You’ll also find them at lots of bars here in Japan and since some of our readers will be over for the Tokyo International BarShow – and have the chance to check out some of the better whisky bars – we thought we’d better get on it. We’ll make this an exercise in brevity: 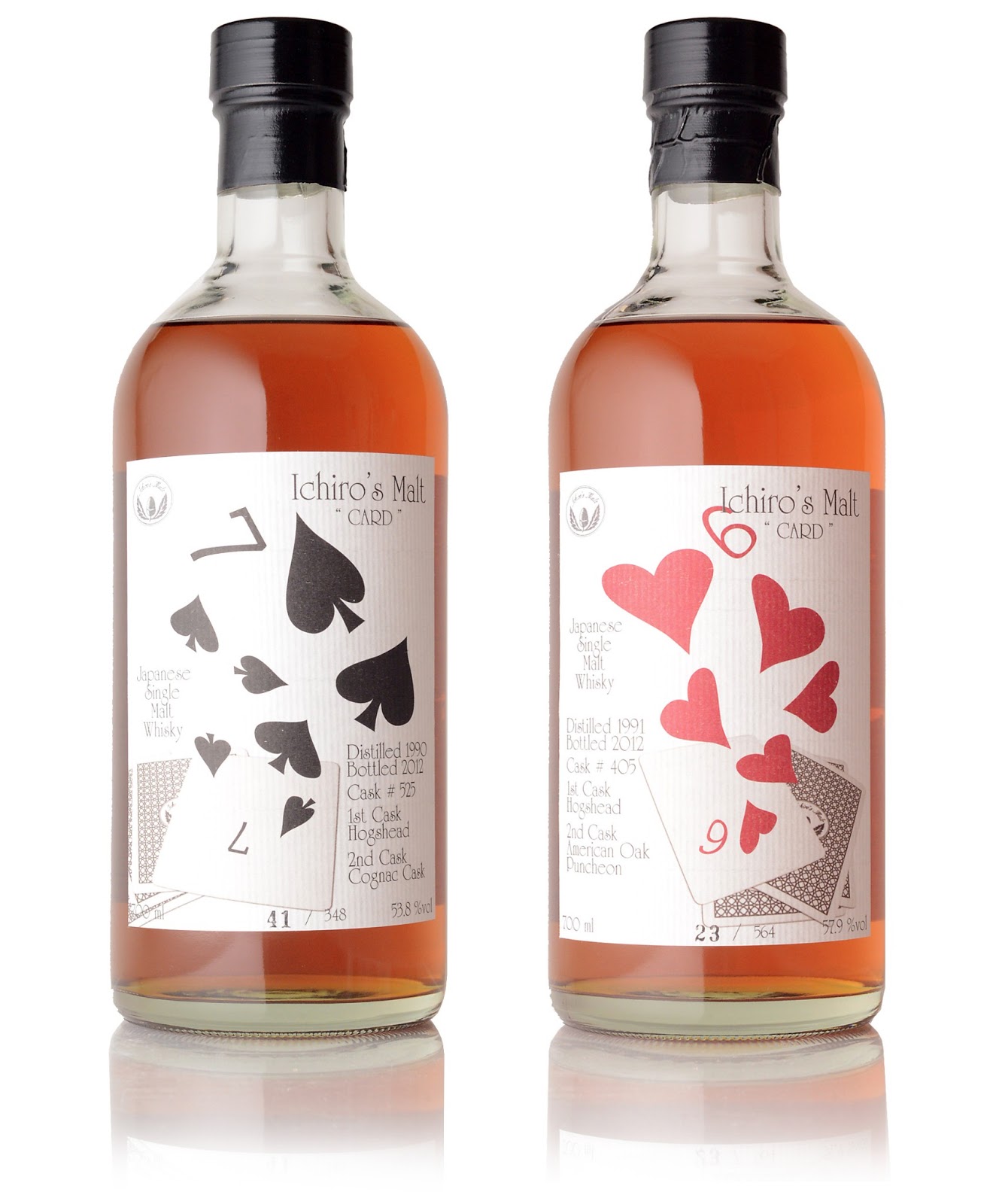 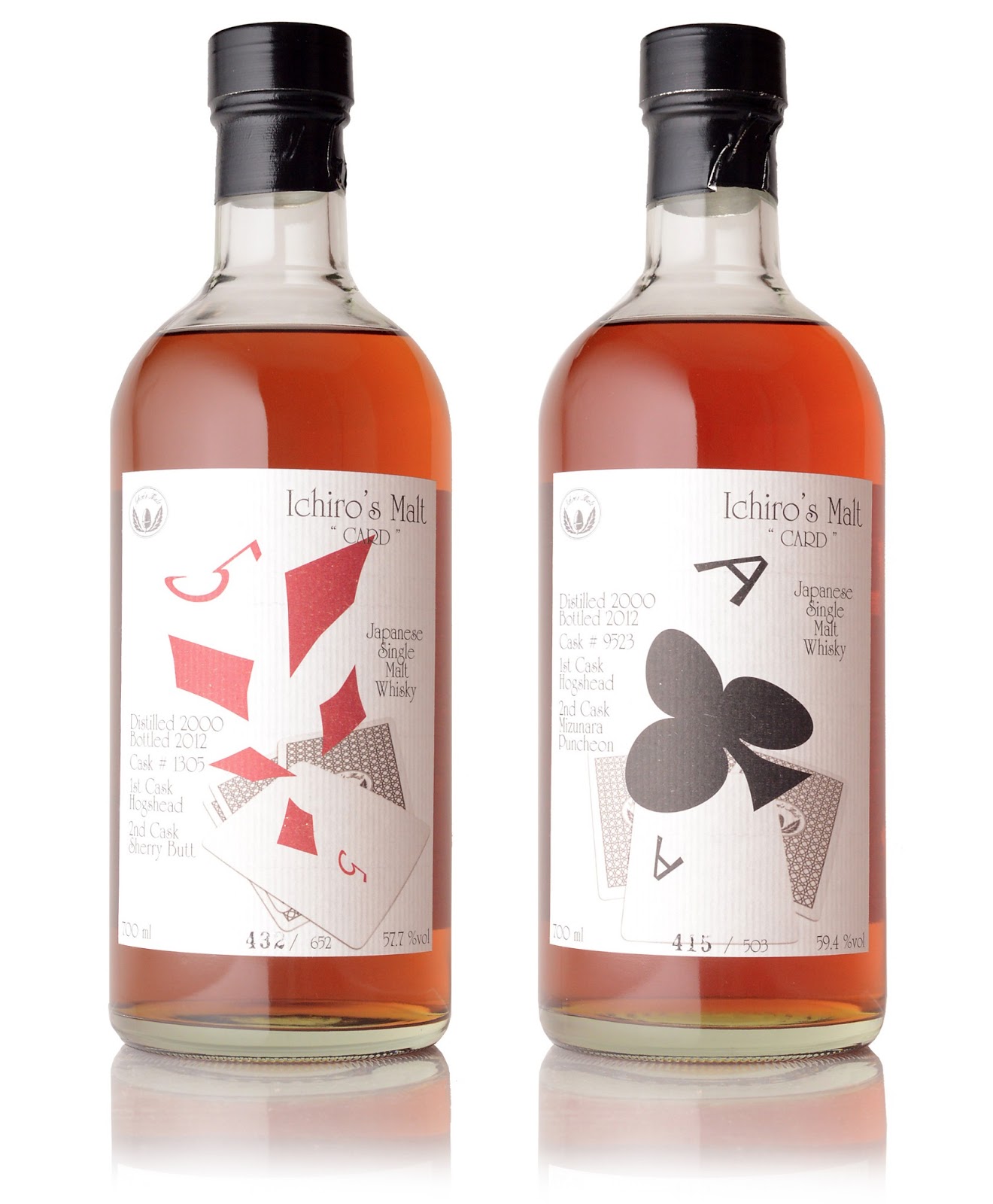 Nose: a lightly sherried malt; blueberry jam; after a while: praliné chocolate and nougat;
Palate: very spicy with cinnamon-apple pie, assorted berries and sangria;
Finish: medium-long with a hint of wood polish after the fruits fade.

I first tried this quartet in avant-première at the Whisky Festival in Tokyo 2012 (see this post). Over the next couple of months, I revisited the whiskies in various settings in different company and each and every time, for me, personally, as well as for most of the people I was with, the real stunner was the Cognac-finished ‘Seven of Spades’. It’s incredibly lush and unlike any other Japanese whisky I know. It wears its heart on its sleeve, but there’s nothing wrong with that when the substance is there. I was expecting a bit more of the ‘Five of Diamonds’ – another 4 or 5 years in wood (split between the first and the second cask) could have given this more definition. With the other two – the ‘Ace of Clubs’ and the ‘Six of Hearts’ – it depends on the mood I’m in: some days, I just can’t get enough of the mizunara aura of the former; other days, I really enjoy the contrast between the nose and the palate of the latter.

If you ever come across one of these Cards that’s open – at a friend’s place or at a bar – don’t hesitate! With so many of them just sitting in collections, it would be a crime not to assist them in fulfilling their destiny, which is: to spoil the senses with a pleasure only they are capable of giving.
Email Post
Labels: Card Series Hanyu Ichiro`s Malt