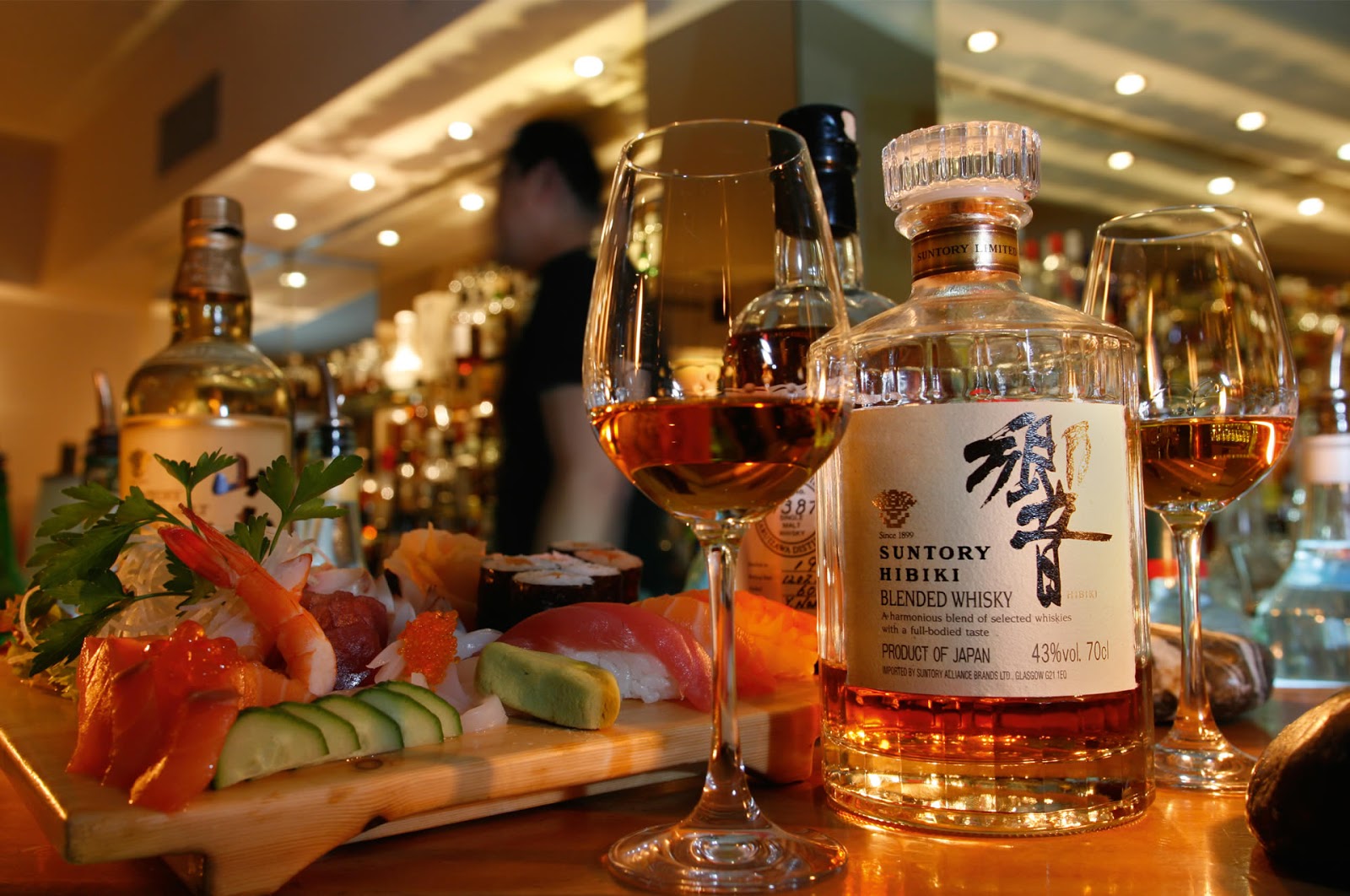 Regular Nonjatta-readers will have noticed we have a penchant for starting series, and sure enough, we’re starting another one today, but this one is long-overdue and comes at the request of many of our readers abroad: Japanese whisky hot-spots worldwide. We’re starting in Munich, Germany with one of the biggest sushi-restaurants in Europe. Meet Chris Herbst, the owner of “Sushi + Soul”.

Chris first came into contact with Japanese cuisine in 1991 and discovered Japanese whisky shortly after, on his first trip to Japan. He’s still got a few bottles of Golden Horse and some old Suntory whiskies from that trip stowed under the counter. When he opened Sushi + Soul in 1999, there were only a handful of Nikka and Suntory blends available in Europe, so he started with a meager 15 bottles in his bar. Over the years, friends, people who worked for him and even guests brought bottles over directly from Japan. Japanese flight attendants, in particular, played a crucial role in expanding his range of Japanese whiskies. Imagine that.

Around the turn of the century, with the proliferation of information about Japanese whisky on the internet, it became a little easier for interested parties abroad to figure out how to get hold of special releases. This, according to Chris, was the “golden age” for him and his colleagues in Europe: distributors and people in the bar trade in Europe had become aware of the quality of Japanese whisky, but the average consumer and most whisky enthusiasts/collectors hadn’t caught on yet. It often happened that entire allocations for the German market ended up behind the bar at Sushi + Soul. Then, Japanese whiskies started taking top prizes at international whisky competitions and awareness and interest spread. 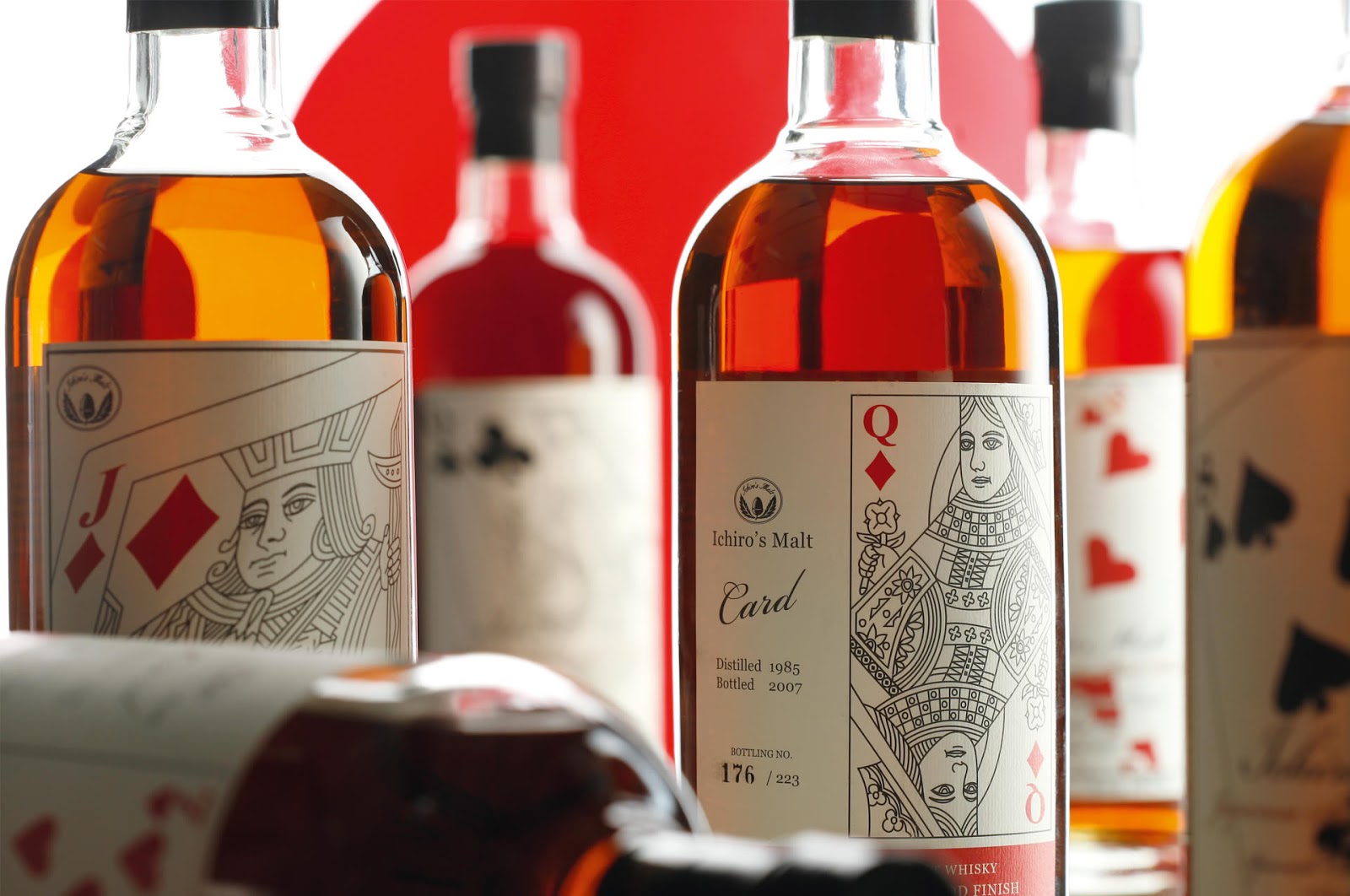 The situation now is very different, and Chris admits that – with interest in Japanese whisky at an all-time high – it’s becoming hard to get hold of special releases. The competition is just everywhere. That Chris is not deterred by this situation is clear from his whisky list: he’s got whiskies from all Japanese distilleries past and present, the entire set of Ichiro’s cards, 10 (!) different Japanese grain whiskies, countless single cask bottlings (some of these are very hard to find SMWS bottlings), … and I could go on, but you get the gist. He’s got more than 220 Japanese whiskies open and I, personally, know of no other bar in the world – other than Bar Zoetrope in Tokyo – that boasts such an incredible selection. (Prices are very reasonable, too, by the way.) Chris also organizes “whisky seminars”, with an emphasis on Japanese whiskies, once or twice a month. He claims not to have a “favourite Japanese whisky” – a difficult concept when you’re surrounded by hundreds of them – but admits to having a soft spot for the Yoichi 1987.

Well, there you have it: a place worth making a serious detour for. In our next instalment, we’ll take you to Hong Kong and introduce an exciting new bar that just opened a few weeks ago. Stay tuned.
Email Post
Labels: Bar

Wolfgang/Mannheim said…
hi there,
fully agree to this review. visited chris last year first time and was flashed by the large variety of whiskys. every time i come to munich i pay him a visit to taste some more of his lovely stuff.
wolfgang
March 29, 2013 at 2:05 AM