Today, a new version of “Black Nikka” goes on sale in Japan: “Black Nikka Rich Blend”. It’s been two years in the making and more than a new “version”, it really is a new style. 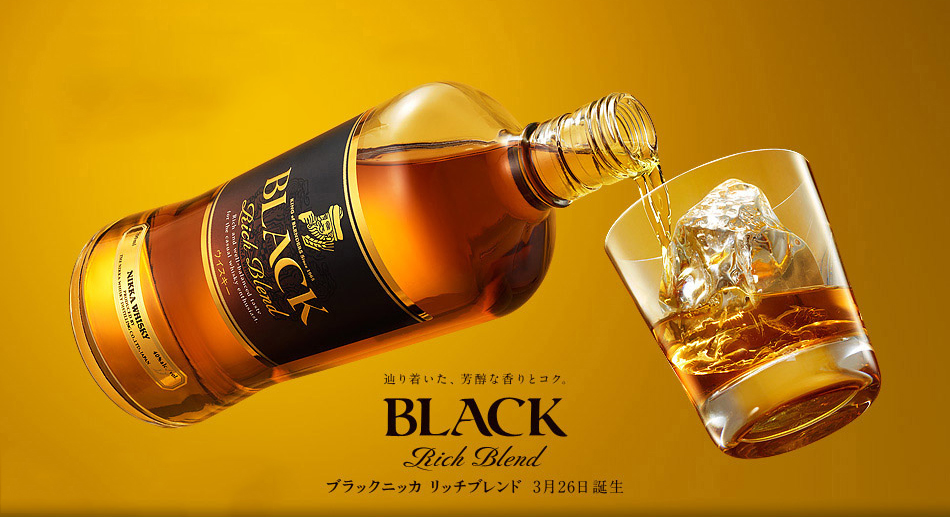 “Black Nikka” was launched in 1965 as Nikka’s top-class blended whisky - top-class at the time, that is. It was incredibly popular throughout the following decades, but in response to changing drinking habits, Nikka introduced a new, lighter version in 1997, the “Black Nikka Clear Blend”. This was a cleaner blend with a non-peated malt base - light and elegant - perfect for people new to whisky and/or highball fans. Now, with their new “Rich Blend”, Nikka is trying to appeal to those who’ve been drinking their whiskies highball-style for a while and are ready for something a bit more … well, “rich”. They are specifically promoting the “Rich Blend” as a whisky that is great “on the rocks” and as the perfect “house whisky” for seasoned whisky drinkers. 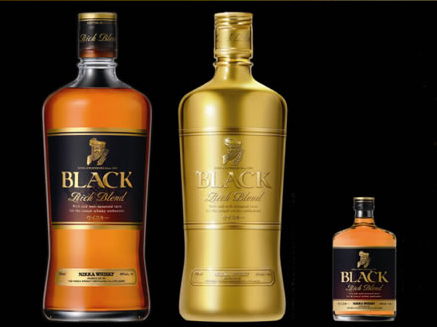 “Black Nikka Rich Blend” is built around non-peated and lightly-peated Miyagikyo malt with a heavily-peated Yoichi dressing, with key-components matured in ex-sherry casks. The complexity of the malts - sweet and full-bodied - is balanced by a lightness supplied by the Coffey grain. It’s a completely different profile from the standard “Black Nikka” and Nikka is confident a large segment of the home market is ready to take this “step up”. It comes in 2 sizes: a full-sized 700ml bottle and 180ml mini - both bottled at 40% abv - and is very affordable, indeed (retailing for a little over 1,000 yen). 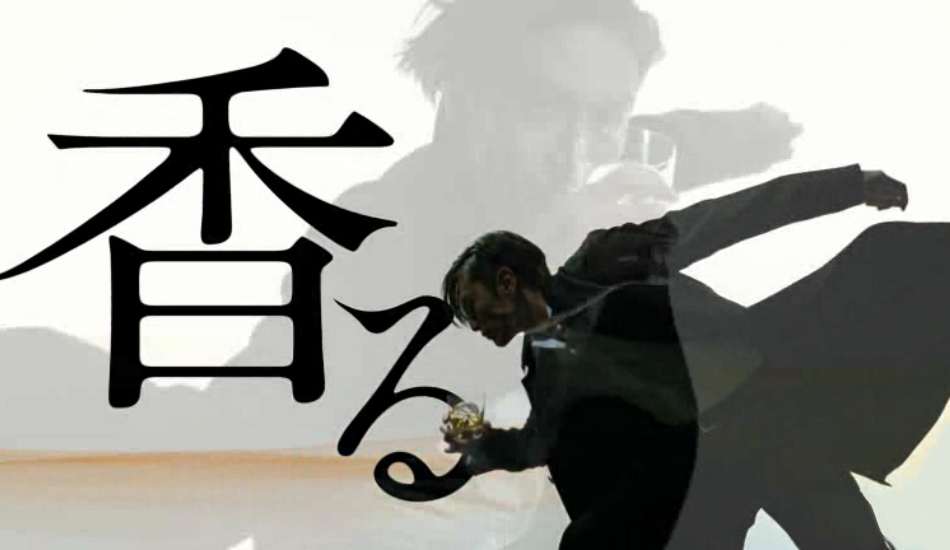 As part of their promotion efforts, Nikka is launching a competition to win a gold-version of the bottle, worth around 10,000,000 yen and is also giving away 10,000 small sized-bottles. They’ve also produced a commercial featuring popular Japanese actor/model Yusuke Iseya. The theme, apparently, is “The Cool Drink for the Adult Man”... which regrettably, it must be said, is the way most whisky is presented in the media here. I, personally, think there was much more variation in the way whisky was presented in advertising in the 70s and 80s, but that’s for another post. In the meantime, whether you’re a man or not, an adult or a kid in an adult’s body, give the “Black Nikka Rich Blend” a try. It may just be what you’ve always wanted without knowing it.