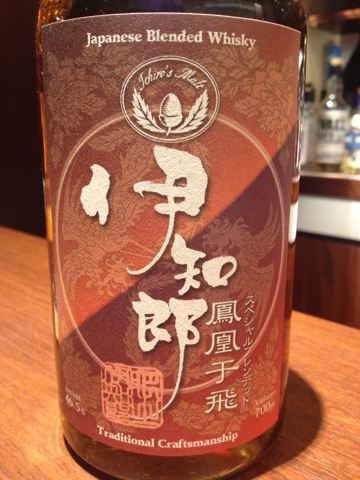 Today's post is half-whisky-talk, half-language-lesson rolled into one. The excuse is an excellent blend that we forgot to mention when it came out a few months ago. It's the work of Ichiro Akuto and it's only available at the basement liquor section of Isetan in Shinjuku. It's called 鳳凰于飛 which is pronounced - brace yourself... - "Houou-uhi"(with macrons: "hōō-uhi"). It's not just tricky to pronounce, you will also need to be familiar with Chinese mythology to make sense of it. 鳳凰 refers to a magical Chinese firebird (also called a "phoenix") and the characters for this bird are composed of the characters for "male" and "female" respectively. The last two characters (于飛 ) can be paraphrased as "in flight (together)". I think it's quite a poetic metaphor for a whisky blend, but some people I spoke to about this weren't so sure. They felt it was a bit like a joke that you have to explain... it loses some of its power when you have to go through great lengths to get the point across. You can always look at the image on the label and make up your own story, of course. Anyway, it's a blend of Hanyu malt and Kawasaki grain - using components aged between 12 and 35 years - and it's a little masterpiece. I must admit Ichiro's blends - while perfectly decent whiskies - failed to inspire the same sort of enthusiasm in me as the rest of his range. There are two, however, that are exceptional: one is the Ichiro's Blend 33yo (which will set you back a little over 1,000 GBP but is worth every penny), the second one is this "Houou-uhi" for Isetan (modestly priced at 10,500 JPY). It was released in October 2012 and is still available. You can try-before-you-buy at Isetan - just make sure you've got enough cash on you, cause chances are you'll be leaving with a bottle or two. Another reason to seek out the liquor section in the basement is the imminent arrival of a new Isetan-exclusive Japanese single cask whisky... Oh, and they've got a handful of "Memories of Karuizawa 2" on the shelves as well... Don't you just love this place? I know I do. 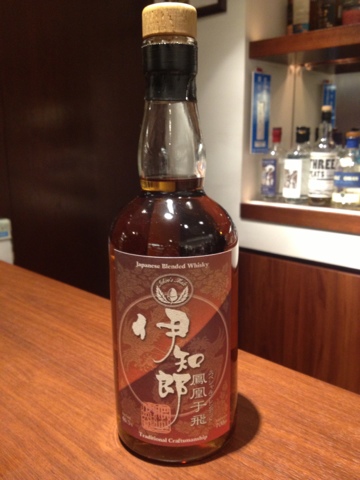 thewhiskydon said…
Do you know anything about the flavour profile of this whisky and how many bottle were realised?
March 11, 2013 at 6:43 AM

Stefan Van Eycken said…
I asked about the number of bottles but they weren't sure or couldn't tell. Based on other Ichiro's Blends, I'd imagine at least 500. As far as the flavour profile is concerned... well, I tried it on two occassions and I would say, it's a more aromatic version of Berry Bros & Rudd's Blue Hanger 5th edition.
March 11, 2013 at 7:25 AM

Stefan Van Eycken said…
Hi Aaron,
Thanks very much for the feedback. It's always nice to help spread the word about exceptional whiskies - and this one certainly is! - but then to hear that someone else feels the same way and is happy savoring it, well, that kind of feedback really makes our day. Thanks again!