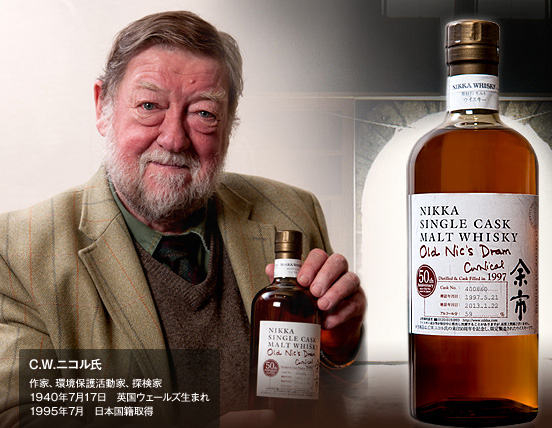 Nikka has just released a special single cask Yoichi to celebrate the 50th anniversary of the arrival of Welsh writer/actor C.W. Nicol in Japan. In 1962, Nicol left Wales to study karate in Japan. He has been based here since and became a Japanese citizen in 2002. Nicol himself selected this cask. He used to love heavily peated malts when he was younger, but now prefers milder whiskies, so he specifically wanted a non-peated malt matured in a refill butt. He closely monitored cask #400860 and felt that after 16 years of maturation it was just right. There are only 330 bottles and they won't be around for very long, I suspect. As always, they're only available in Japan and only through the Asahi webshop.