On March 21st, the results of Whisky Magazine's World Whiskies Awards - the annual search for the very best proprietary whiskies in the world - will be announced at a high-profile event in London. Japan has been the top star of the WWA since its first edition back in 2007, so after the first stage each year - in which whiskies are tasted by region - all eyes are usually on Japan. The Japanese section completed the first stage of the 2013 edition in mid-January and has just announced its results, including which whiskies were sent to London to compete against the rest of the world's "best whiskies". I had the pleasure of taking part in the judging here, and will bring you a detailed report of what this involved after the final results have been announced. For now, let's just have a look at which whiskies came out on top in the various subcategories here in Japan: 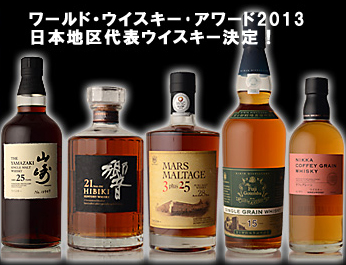 With the exception of the Japanese Grain category - in which the result was a draw, and both were sent through to the next (= international) stage - only one whisky was sent through, that is to say, the overall winner in each category: 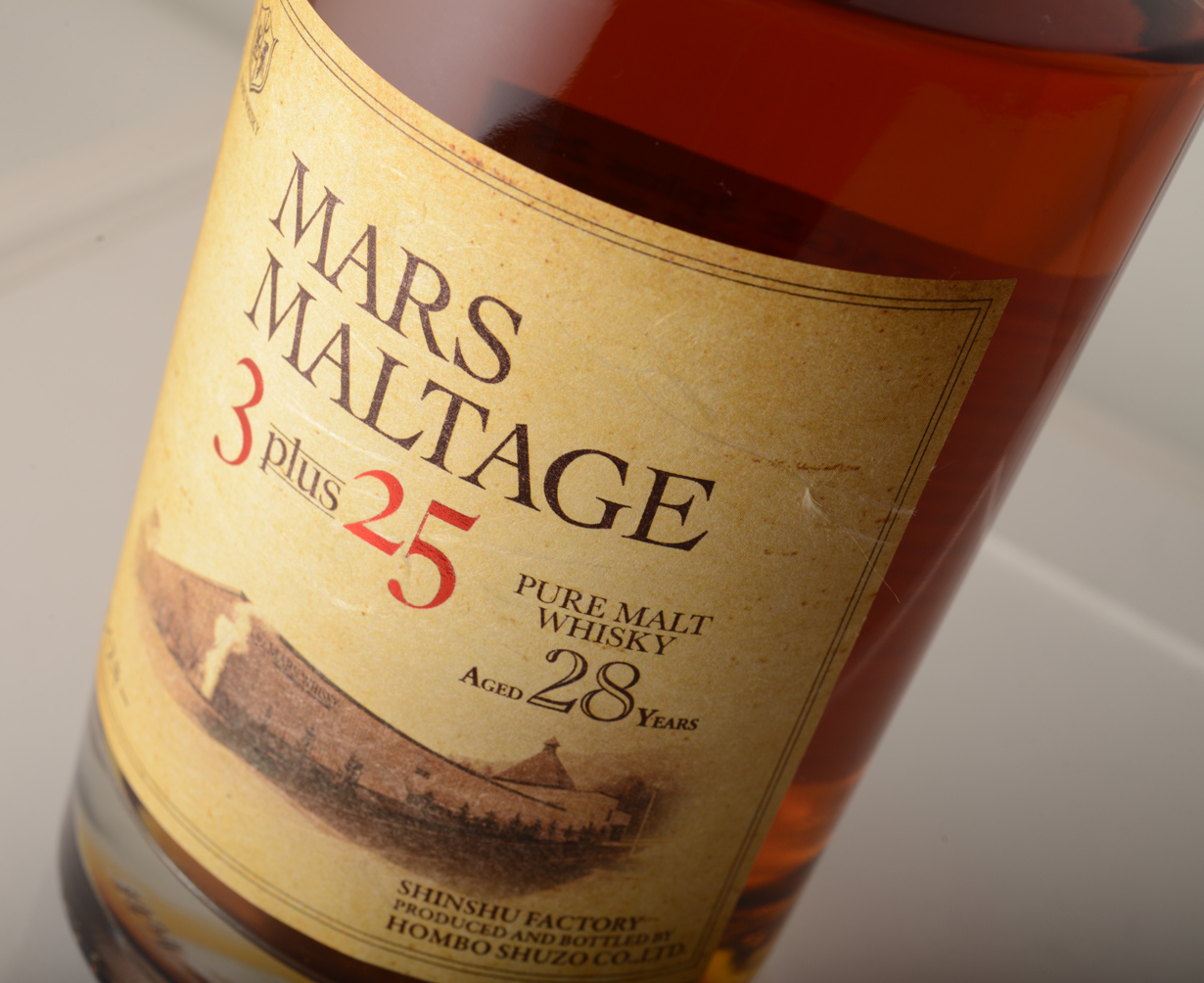 That the Yamazaki 25 and Hibiki 21 came out on top in their respective categories will not come as a surprise to most people in-the-know: the Yamazaki 25 was crowned the World's Best Single Malt at last year's edition, and the Best Blended Whisky category has been Hibiki's turf since the first edition (Hibiki 30 won the 2007 and 2008 edition, and Hibiki 21 the 2010 and 2011 edition). The big surprise - but not to those who have tasted the whisky in question! - is the Mars Maltage 3+25, which was sent through as Best Japanese Blended Malt Whisky. All but one of the previous World's Best Blended Malt titles were taken by Nikka's Taketsuru (4 times with the 21yo, last year with the 17yo). This year, a creation by one of the smaller distilleries will vie for the accolade of best blended malt in the world and this will be followed by people at home and abroad with more than the usual interest. I think it is further proof - if any was needed - that the Japanese whisky industry keeps raising the bar (no pun intended). The judges here are convinced that the whiskies they have selected are of unparalleled quality. We will find out whether the rest of the world shares this conviction on March 21st.
Email Post
Labels: Coffey Grain Fuji Gotemba Hakushu Hibiki Ichiro`s Malt Mars Maltage Miyagikyo Super Nikka Taketsuru Whisky Magazine World Whiskies Awards Yamazaki