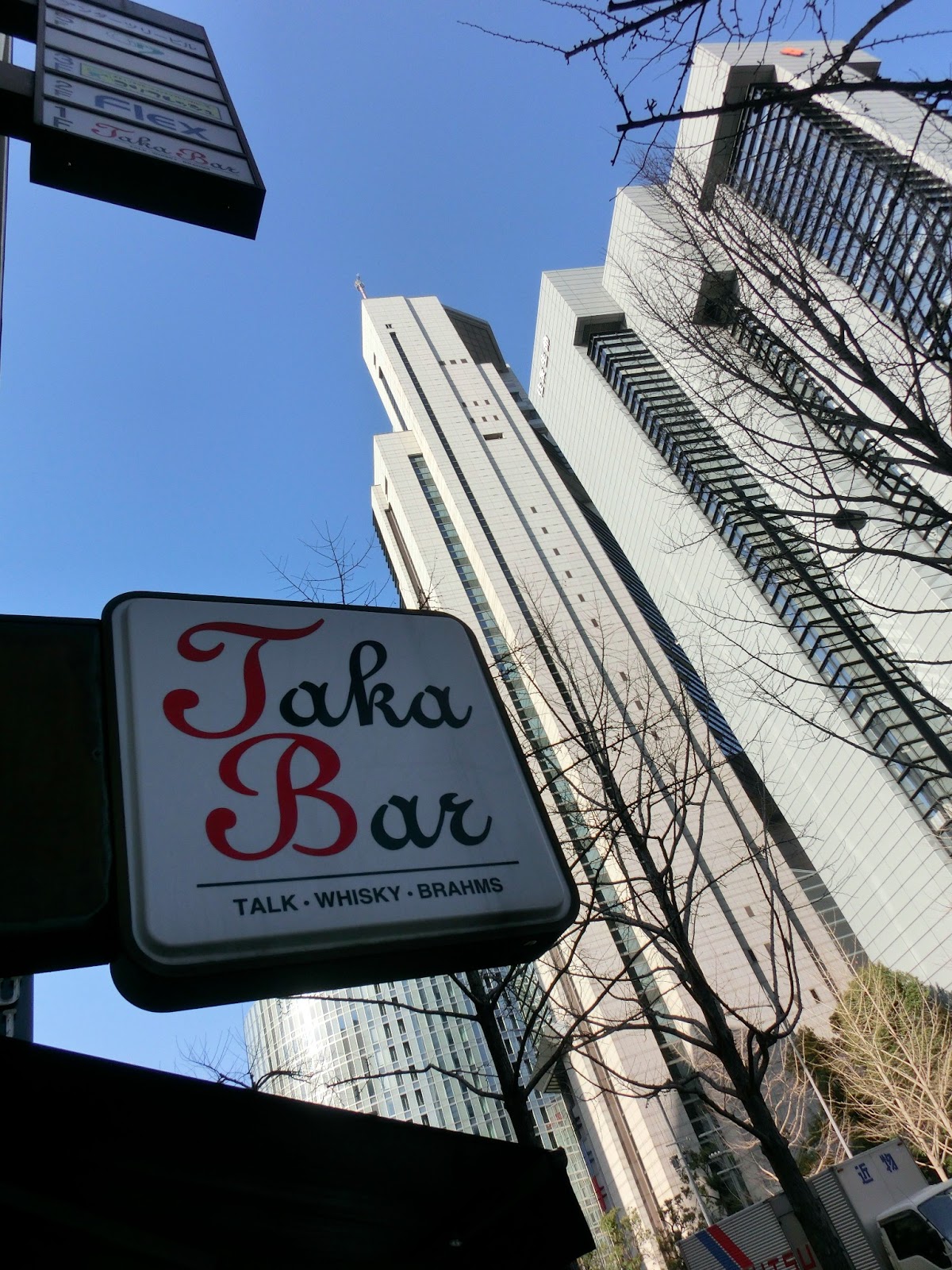 For the second instalment in our Kansai whisky bar series, we’re staying in Umeda, Osaka. Taka Bar is about a 10-minute walk from Umeda-station and the thing to look out for is a sign saying “Talk. Whisky. Brahms.” Another case of random name-dropping? Not really.

Takaba-san, the guy who runs the bar (get it? Takaba / Taka Bar – just say it a few times), was scouted by a former Suntory-executive who persuaded him to take over what used to be Suntory Old Bar, twenty-odd years ago. The opening of the revamped bar coincided with the birthday of German composer Johannes Brahms – something most people wouldn’t have been aware of but Takaba-san is the sort of guy who breathes classical music. Also here, there’s a Suntory connection: on a big screen to the left of the counter, there’s a non-stop stream of classical music – all performances from Suntory Hall in Tokyo. He’s got a whole library so if there’s something particular you want to hear, chances are he’ll have it. 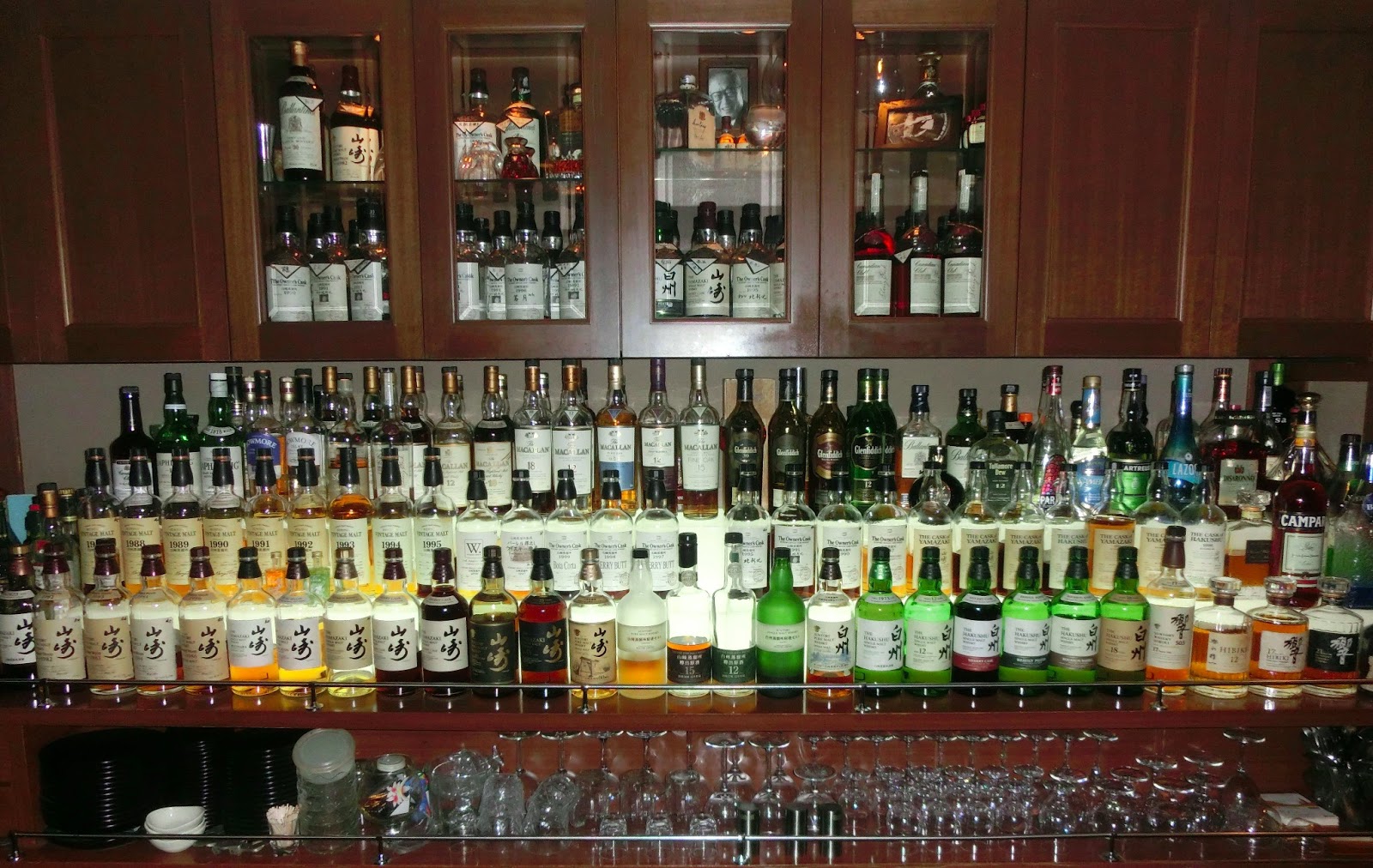 Behind the bar, it’s pretty much an all-Suntory affair, too. The main attraction is the huge selection of Owner’s Casks, some of them exclusive to this bar. In fact, I don’t think there’s any other place where they have this wide a range of Owner’s Casks. Great. There’s only one “but”: they’re rather pricey. The system with the Owner’s Casks is that you pay for an 80ml measure of whisky and prices start at 7,000 yen. I understand the thinking behind it: you come in, order 80ml of cask-strength whisky, select your favourite symphony or concerto and you savour the whisky and the music. That’s one way of doing it, but I imagine most people, rather than having shiploads of the same, would prefer to have less so that they can try a variety of single casks. It is possible to get “half shots”, which are still a sizeable 35ml here, and the price is half but it remains quite expensive, to be honest. So, we do recommend this place, but only if you have a deep love for cask-strength Yamazaki/Hakushu and deep pockets … or an expense account.