Today, we’re starting a mini series about Hanyu releases that very few people will know about, but that are linked – in some way – to Ichiro’s iconic Card Series. At the same time, it’s part of our “Whisky Labels from Japan” series (1, 2).

After Akuto-san had rescued the few hundred remaining Hanyu casks from being poured down the drain (2004-2005), he knew he couldn't just sit on them and wait for interest to grow. He knew he had to go out and bring the liquid to the people, and in order to do that, he needed the help of professionals in this field: bartenders. He started visiting bars in every nook and cranny and tried to interest bars in selling his (family’s) whisky. To make this appealing to them, he offered small, private bottling schemes: the numbers were low enough to make it a financially viable project for those bars, but significant enough to keep the money coming in and build a brand (Ichiro’s Malt) and a reputation, in the process. 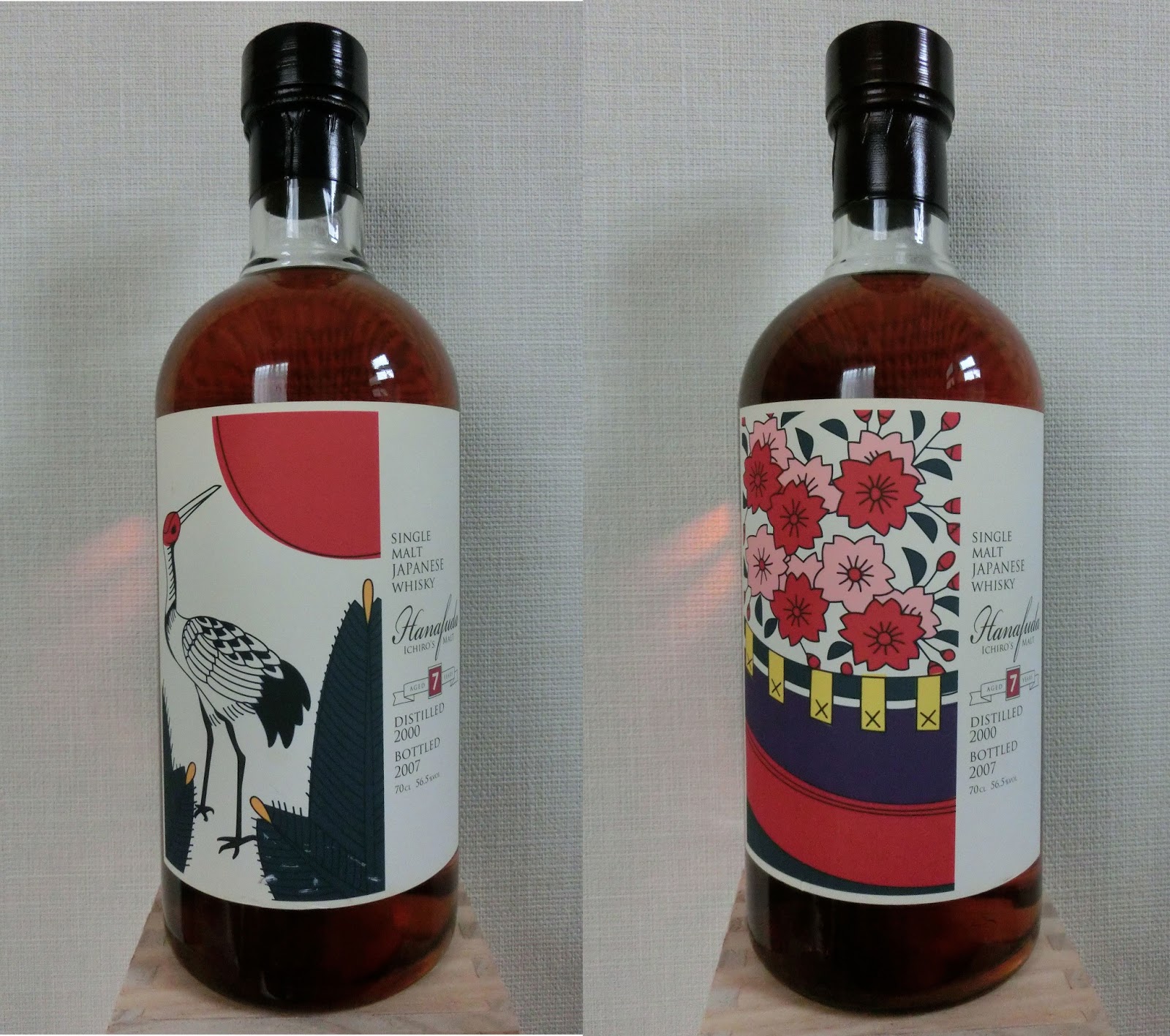 One of the bars Akuto-san visited was Bar Salvador in Takadanobaba, a student neighbourhood in Shinjuku, Tokyo. The owner was interested in having an “original” whisky for his bar and was particularly fond of ex-sherry butt #9000 … or what was left of it. In 2006, most of the cask had been bottled for the “Nine of Hearts” release in Ichiro’s Card series. This was, atypically, a bottling at 46%abv. A few months later, in 2007, Bar Salvador paid for what was left in the cask but they wanted it bottled at cask-strength (56.5%abv). They also came up with an original idea for the label. There were 60 bottles and instead of having one and the same label for all the bottles, they thought it would be nice to have a few different ones. Their idea – a stroke of genius – was to use the theme of Japanese playing cards known as “hanafuda”. 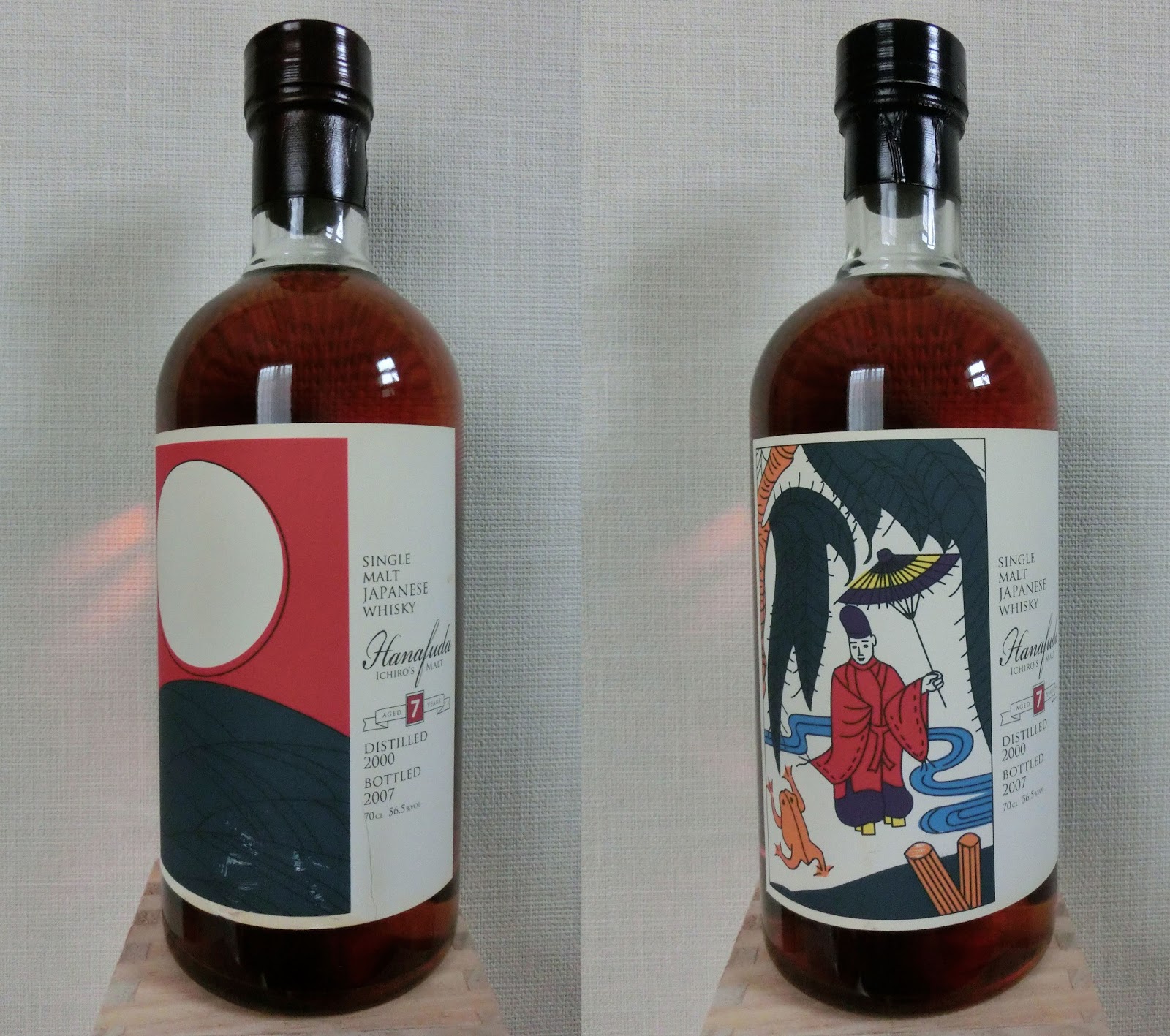 “Hanafuda” – literally, “flower cards” – consist of 48 cards divided into 12 suits, one for each month of the year. The history and rules of “hanafuda” are beyond the scope of this short post, but this brief introduction makes for interesting reading. “Hanafuda” are strongly associated with illegal gambling and organized crime here in Japan – film buffs, check out Masahiro Shinoda’s “Pale Flower” (1964) – so there’s a bit of a dark side to it. However, visually, they’re far more appealing than the ace-to-king deck we’re all familiar with. Each “hanafuda” suit consists of 4 images referring to a particular flower or tree associated with a particular month of the year.

For the Bar Salvador bottling, the following images were chosen:

- “Cherry with Curtain” from the “Cherry (Sakura)” suit [March]

- “Pampas with Full Moon” from the “Pampas (Susuki)” suit [August]

- “Willow with Poet” from the “Willow (Yanagi)” suit [November]

- “Paulownia with Phoenix” from the “Paulownia (Kiri)” suit [December]

For each label, there were 10 bottles (a total of 50 bottles) and for the remaining 10 bottles they used a special label combining the five cards above. 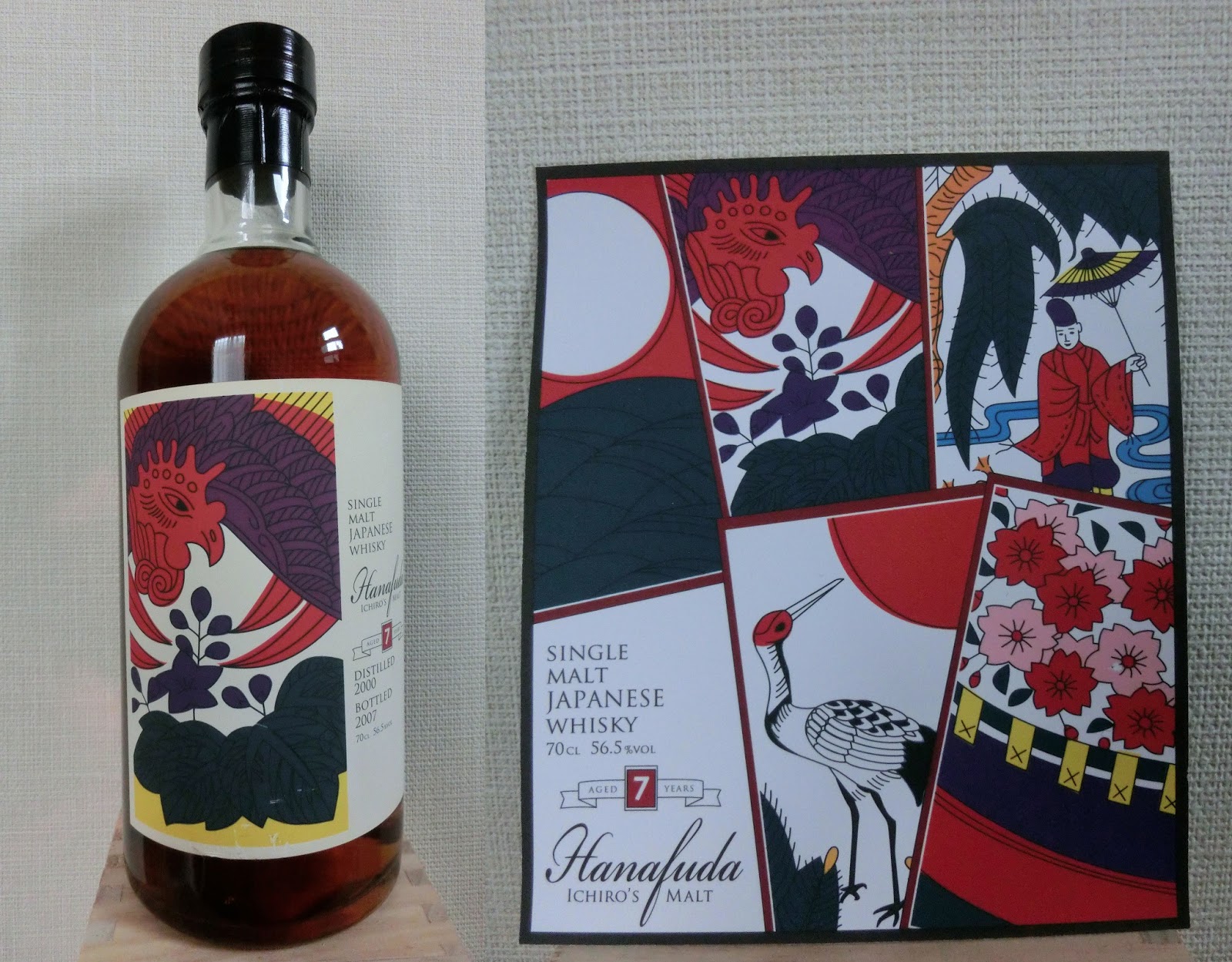 Had it not been for a phone call about a “strange” Hanyu someone had spotted at a bar, this beautiful little project in the margin of the official card series would have been forgotten history. The call came in the early summer of 2010, and we had little hope that the bottles would still be at the bar by then. There were only 60 of them, after all. When we visited Bar Salvador, there were only 5 left and although there will never be a complete set of this, it was fortunate that there were 5… and not 6. Why? Well, because there was no last complete set any more, and therefore, keeping it there was less important. The owner had originally intended to keep one full set unopened but somehow one of the bottles from that memorial set got opened and emptied, leaving only 5. The owner wanted to keep the set together – something to remember his drinking establishment and this little project by – but not necessarily at his place… and that’s how they ended up at Nonjatta HQ: five bottles waiting for a very special occasion to be opened and an unused label of the missing sixth bottle, the omnibus label…

Wow, I never post, but must say this was a captivating story. Nonjatta has clearly become more than a simple blog. It's not only the greatest source on the internet (in English) to get Japanese whisky news, but clearly some darn good journalism as well. I, and hopefully many others, no longer just skip to the bottom to find a place to purchase the bottles. I enjoy the articles, themselves, quite a bit. I'm actually glad this is simply a story special to whisk[e]y history and nothing more. Those bottles are in a worthy place.

Brian, thank you so much for your kind words. It means a lot to us when we hear from our readers how much they appreciate what we do. And it encourages us to keep bringing more and better reports from the exciting world of Japanese whisky. Thanks again for getting in touch.

Very interesting! So this is the legendary Hanyu Hanafuda set. I have a set of Hanafuda cards at home (just the cards, not the bottles :))and they are ridiculously beautiful. "Go-Stop" is a very popular card game in South Korea (mainly linked to gamble and gangsters as well) and this game uses Hanafuda to play. Unfortunately I never master the game.

Very very interesting post. Thank you for the sharing.

A brief intro of "go-stop" http://en.wikipedia.org/wiki/Go-Stop

That's really interesting, Aaron. I had no idea Hanafuda cards were also used outside Japan. And I agree with you, they're so beautiful... what I love about the cards is the mix of some cards that are very concrete (like "Willow with Poet") with some cards that are almost like abstract paintings. And that's one of the many great things about whisky: that it's a window onto the world. It connect so many things, and connects people, and through this liquid, one can discover so many amazing things... Thanks for pointing out that connection!

Stumbled on this older post almost by accident as I try to improve my knowledge of Japanese whisky as it becomes increasingly available in the US. As it happens Hanafuda is fairly common in Hawaii (I presume because of the large population of people from Japan or of Japanese ancestry) and I learned to play from someone who grew up there. There is even a Hawaiian motif set of cards. I have several sets including a standard deck of cards that also have Hanafuda designs on 48 of them (the Kings are excluded I believe) and the regular cards which are smaller and thicker like tiles.

Would love to try one of these whiskies although that isn't ever likely to happen. Keep up the great work!

Hi, can someone explain to me the lineup of Ichiro's malt's whiskies? What is its standard 12-, 15-, or 18-year single-malt whisky? Ichiro's Malt keeps producing different series of whisky, but does not have a standard lineup, such as Yamazaki, Hakushu, or Yoichi.