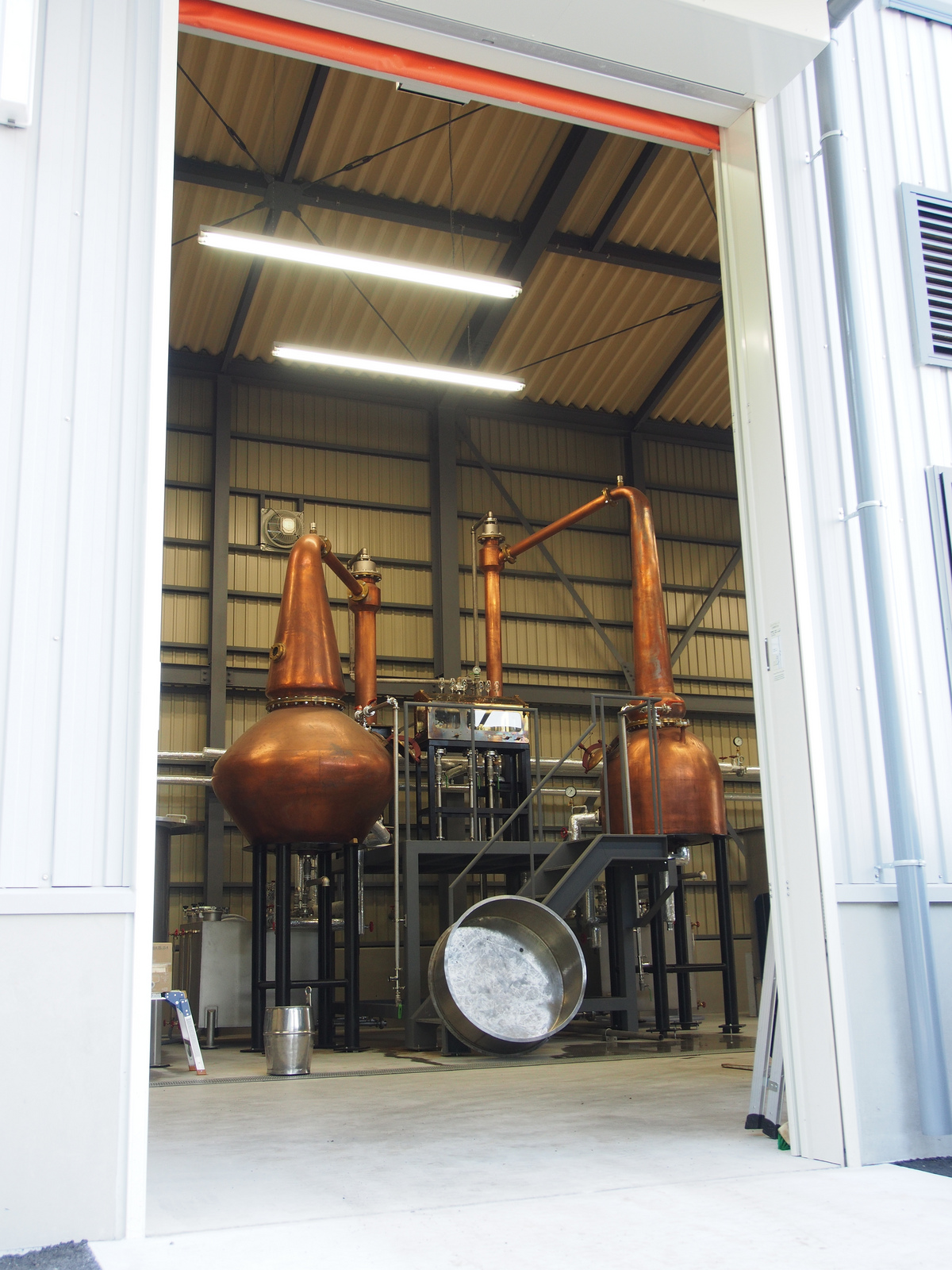 On an excruciatingly hot and humid summer day in early July, the Nonjatta team made the trek all the way to Shiga to spend a day at work with Takeuchi-san. Over the next few days, we’ll show you what makes Nine Leaves so special. A day in the life of a new rum distiller…

Nine Leaves Distillery is located in Shiga prefecture near the South Basin of Lake Biwa (Biwako), along the Seta river (Setagawa), the only river flowing out of the lake (as opposed to the 118 rivers that flow into the lake). The distillery sits at the foot of a small mountain that doesn’t really have a name but people in the area refer to it as ‘Ishiyama’ (lit. stone mountain).

The mountain is privately owned by the Inoue family, who started mining it for the transparent glaze used in noritake porcelain three generations ago. At some point, while dynamiting the interior of the mountain 50m below ground level, they discovered a water source. In retrospect, this turned out to be a profound stroke of luck for the Inoue family and also for the new rum distillery.

About twenty years ago, most producers of noritake in Japan started using glaze imported in bulk from China. The cost was 1/50th of glazed sourced in Japan and things didn’t look too good for the Inoue family. Only artisans on the highest echelons of noritake production – those whose artifacts sell for millions of yen – continued to use locally-sourced glaze, but that wasn’t enough to keep the Inoue family business afloat. They reinvented themselves and started bottling the water that had been accidentally discovered (it’s sold under the ‘Iwashimizu’ name). Now, that same water is central to the Nine Leaves Distillery’s operation.

Takeuchi-san discovered the water source by accident, too… although, ‘by accident’ may not be the right expression. Takeuchi-san often uses the Japanese word ‘goen’ (pronounced ‘go-en’) when talking about how his distillery came to be. ‘Goen’ is usually translated as ‘good luck’ but it implies something beyond the accidental – a connection or relationship with karmic overtones.

The water is very soft (12 mg/L) and very pure (pH 7). For Takeuchi-san this was the perfect water for his rum, but it took him well over a year to persuade the community that his distillery would not have a negative impact on the local ecosystem. Once they were on board, Takeuchi-san could focus all his energy on designing the actual distillery, nuts and bolts, and building it from the ground up.

Join us tomorrow as we open the shutters and discover the distillery itself.
Posted at 11:43 PM