Notice: the SMWS releases introduced in this post (i.e. the forthcoming Japanese releases) are only available for purchase by SMWS members from the chapter of the Society in the country where they are registered. Not all chapters will carry (all of) these releases, but there is no way around that. It's the same for all other SMWS releases: not all of them are available to all chapters of the Society. People (including SMWS members not residing in Japan) have enquired with us and with the Society's Japan chapter about alternative ways to buy these releases. We want to be very clear: there are none. The SMWS rules are very specific and strictly observed by all chapters around the world, so it is pointless to contact the Japanese branch or other branches in view of purchasing from them. It is just not possible. The time and conditions under which these bottles will be offered by different branches of the Society may vary, but one thing is set in stone: bottles, where available, can only be purchased by members from the chapter in their country. 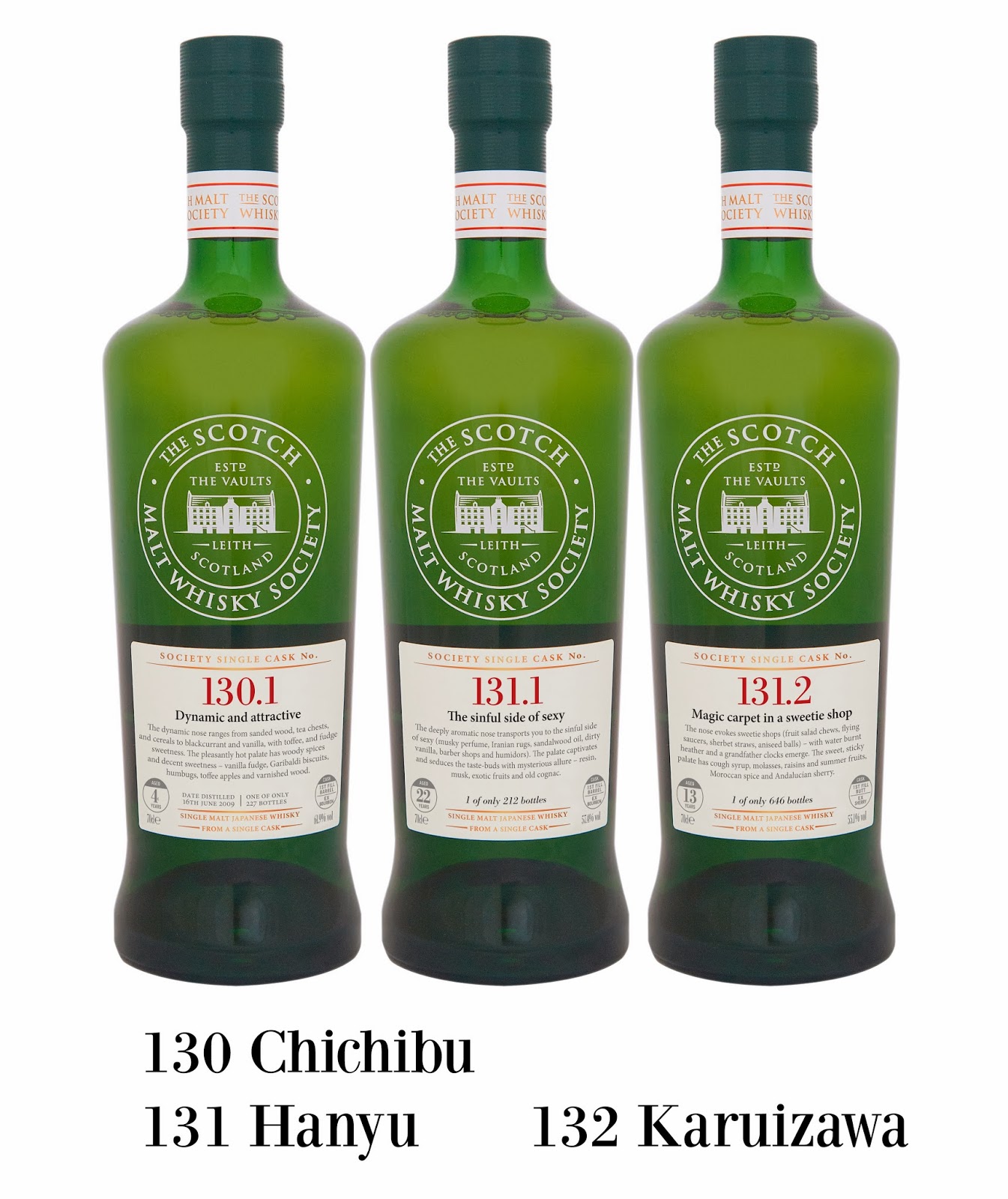 It sure is difficult to keep a secret in the whisky world these days, especially when it’s about iconic closed distilleries. Rumours about Japanese additions to the list of SMWS distilleries had been circulating for a while but today, we’re thrilled to finally be able to announce full details of the distilleries and bottlings involved. Following on from Penderyn (128) and Kilchoman (129), the Scotch Malt Whisky Society has assigned code number 130 to Chichibu, 131 to Hanyu and 132 to Karuizawa distillery. Nine casks have been bottled and details are as follows:

With 30,000 members worldwide, it’s clear that not all of these will be available to all chapters of the Society worldwide. Only the home front (Japan) will be able to offer every single cask to its members, but even here, numbers will be quite limited.

Hanyu and Karuizawa stocks are running low and it is unsure, at this point in time, whether more casks will follow the ones listed above. For Chichibu, the prospects of follow-up releases are much better, of course. Exciting times ahead if you’re a member of the SMWS. And if you’re not, well… quite frankly, if this isn’t reason enough to join, I don’t know what is.
Posted at 4:00 PM