For many Japanese whisky fans, one of the indisputable highlights of last year - as far as single malt (non-single cask) releases were concerned - was the Hakushu Sherry Cask 2013. Suntory has just announced that they will be releasing the 2014 version of that on February 18th. Hakushu Sherry Cask 2014 is the third release of its kind, and just like before, it will be highly limited (3,000 bottles only, which is just half a dozen casks vatted together), highly sought-after (probably gone in less than week) and restricted to the domestic market. It will be bottled at 48% and retail for about 9,000 yen.

Hakushu has done very well over the past year, with sales of the entry-level single malt (i.e. ‘Hakushu [NAS]’, which is not available in foreign markets) showing a 40% increase compared with 2012. Suntory execs ascribe this huge increase in sales to the continuing popularity of the highball phenomenon (at home, that is). These figures also remove any doubt as to what motivated whisky producers here (not just Suntory) to move to no-age-statements. A decade ago, when whisky was laid down for the present, nobody would have been able to predict this sort of growth. 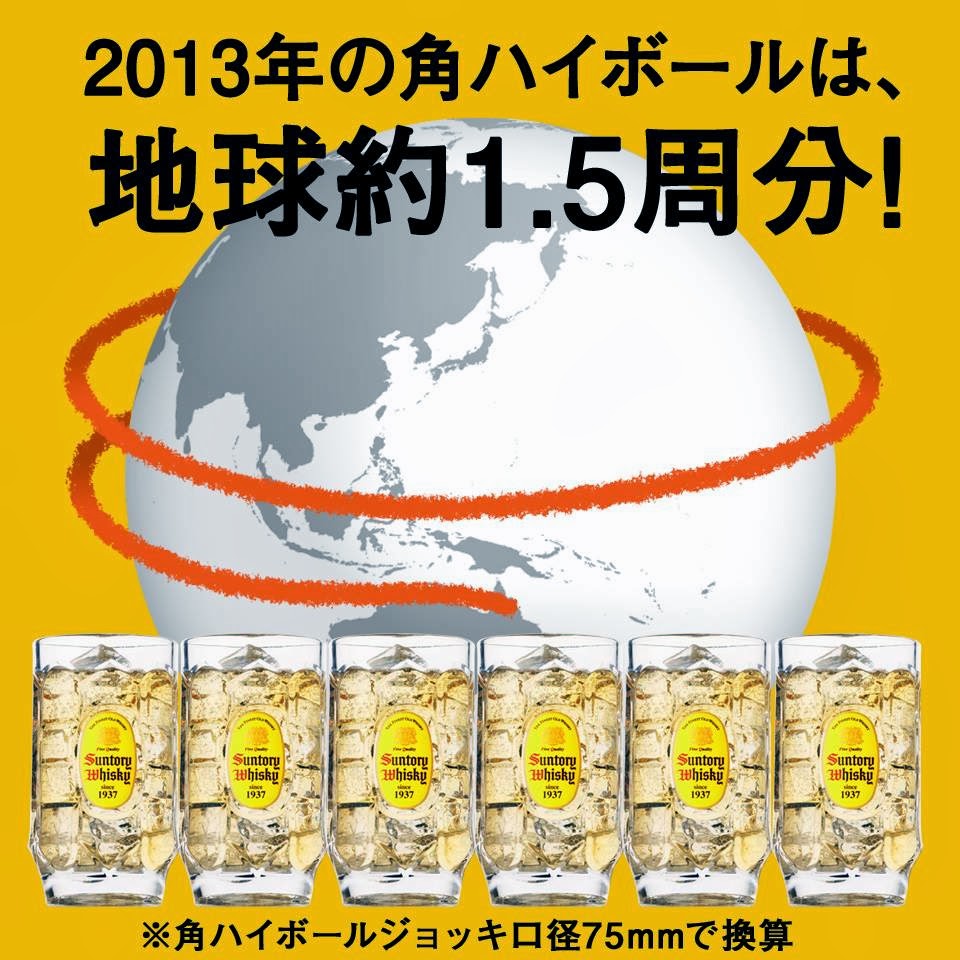 To the big producers, obviously, volume is everything. To give you an idea of the sort of figures involved (again, this is about the home market), contemplate this: last year, for the first time in two decades, Suntory sold more than 3 million cases of their iconic ‘Kakubin’ (which is spearheading the highball boom). Based on an estimate of 30ml of whisky used per highball, that’s enough for 840 million highballs. Lining up these highballs would take you around the earth and then again to the other side. In this context, 3,000 bottles of Hakushu Sherry Cask is like a drop in a bucket of water, but it’s great to see that Suntory is not neglecting the whisky fans who’ve stayed with them and supported them through thick and thin. If this year’s Hakushu Sherry Cask is anything like last year’s, it promises to be an absolute gem. We’ll keep you posted!
Email Post
Labels: Hakushu Sherry Cask Suntory

Stefan Van Eycken said…
Ah, the million-dollar question. Following the recent trend of Japanese limited editions that sell out in a matter of minutes, this would be very hard to find just walking into a liquor shop (even specialist liquor shops). These bottles have been allocated in such small numbers to shops (and very few shop!) that most of the time: a) they keep them for good customers who have already reserved a bottle in advance, or b) put them online at times announced via twitter or FB ... and if you don't manage to check out within a minute or so, they're gone. There are 3,000 bottles and a lot more than 3,000 people who want one (or two or three...). It's a sorry state of affairs: whiskies you can buy any day of the year, anywhere at all OR whiskies that sell out in a minute or two. Nothing in between anymore as far as Japanese whiskies are concerned.