A few weeks ago, we wrote about the three Togouchi blends distributed in Europe by Les Whiskies du Monde. Many people have contacted us since to ask what these whiskies are like… so, without further ado, here are our tasting notes. We’ll start with the one that has been available for a few years now (the 18yo) and then move on to the new expressions developed for the European market (the 12yo and the ‘Premium’, which is a NAS-version). 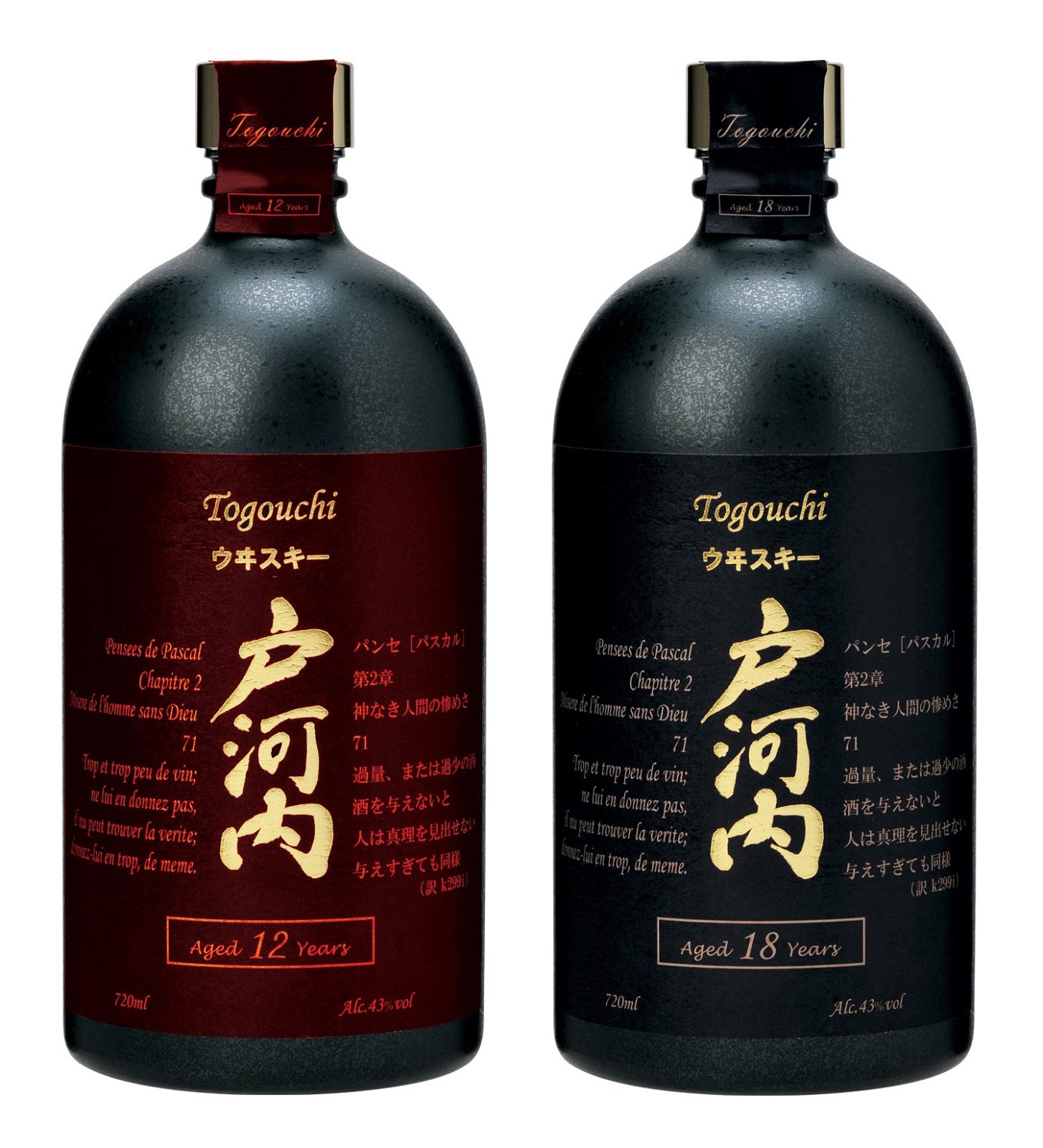 On the nose, the initial impressions are: damp soil, wet leaves, grandma’s wardrobe, tinned peaches, pear drops and honeydew melon. After a while, you get grilled pumpkin, gratin dauphinois with a hint of boiled cauliflower and parsnip, rye, porridge and bales of hay in summer. There’s quite a lot going on here. On the palate, you get the sappiness from the wood, cereal notes, old bread, Danish pastries, salted caramel mousse, chili peppers and a distinct earthiness (jacket potatoes, burdock). The finish is long and drying on pine nuts and sunflower seeds.

This has got a nose to die for. That’s how seductive it is… green apples drizzled with lemon juice, oroblanco (green grapefruit), lime zest, buffalo mozzarella cannoli, a whisp of smoke and a tiny hint of peat. And in the background, you’ve got those lovely, tiny vegetable notes again (boiled vegetables) and some crema catalana. The palate delivers more of the same: orchard fruits (green apples, most prominently), citrus accents (lemon meringue pie, candied lemon peel) and baked goods but there are some little surprises, too: marzipan, all-spice and delicate herbal notes. The finish is medium-long with a light, lingering sweetness (coconut scones). 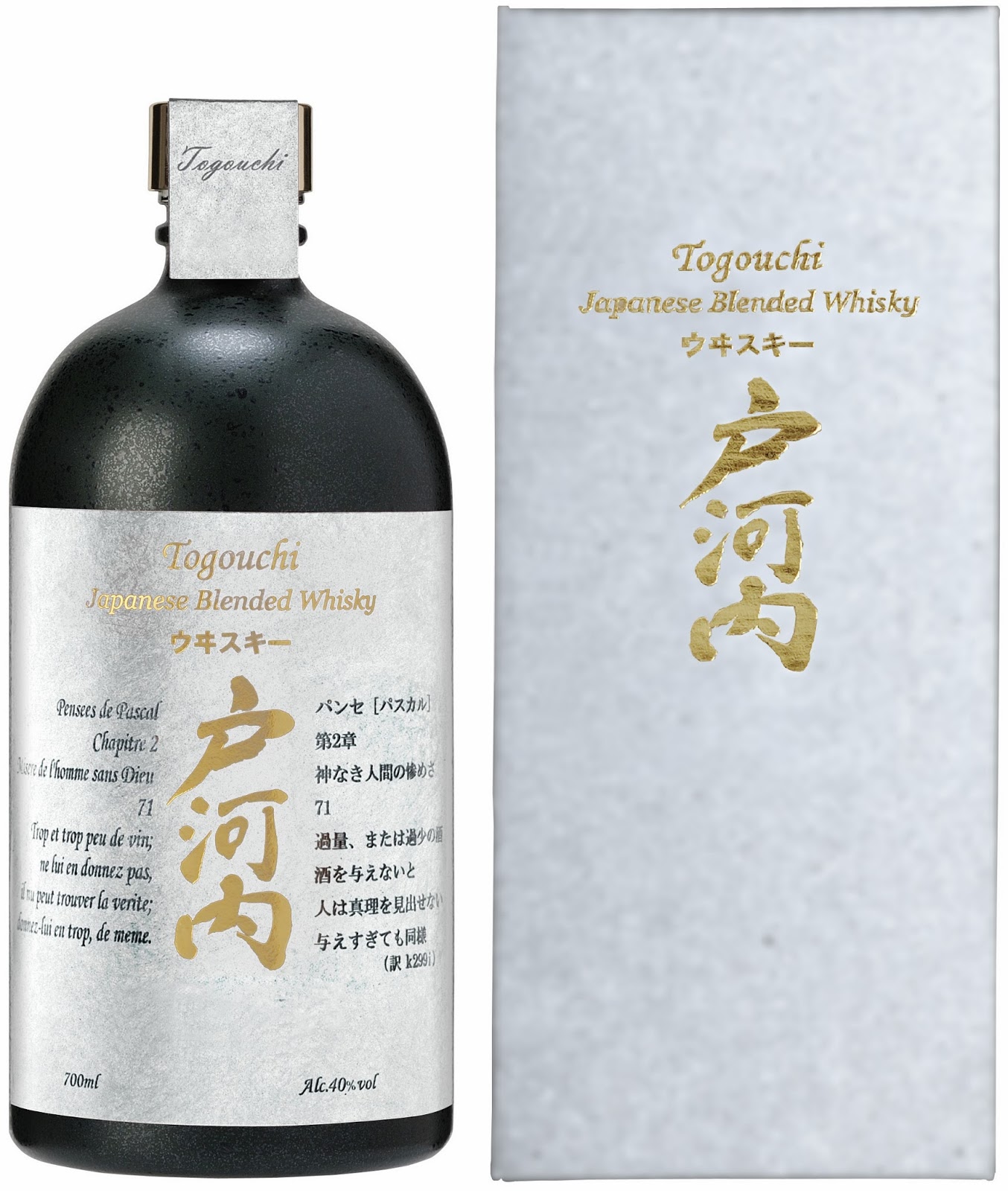 With this blend, we’re in totally different territory. On the nose, it’s very grainy with notes of butterscotch, cotton candy and a bit of freshly cut grass. Apparently, this is a blend of 8yo malt and corn whisk(e)y, but you may be forgiven for thinking this was a grain whisky. In fact, it reminds me of Nikka’s Coffey Grain – that’s how dominant the grain is. On the palate, you get corn bread, marshmallows, soft caramel candy, white pepper, nutmeg, agave syrup and a slight bitterness (goya). The finish is sweet and spicy, but rather short. If you’re a Bourbon fan, you’ll dig this.

It’s difficult to evaluate these three Togouchi’s together because the ‘Premium’ is so different from the other two. We’re not quite sure what to make of the ‘Premium’ but the 18yo and 12yo are excellent whiskies – up there with the best blends in Japan (and the rest of the world – we’ll get back to this!). The 12yo is the real revelation: the aromas and flavours are so incredibly intense yet everything about it feels just right. It’s a real delight.

This brings us to the thorny issue of provenance… As we’ve said before, what makes a whisky ‘Japanese’ is open to interpretation. The whisky world here isn’t governed by the same stringent rules as that in Scotland or other major whisky-producing countries and the category itself – ‘Japanese whisky’ – is very ambiguous. It would be impossible for anyone to sell a blend as ‘Scotch whisky’ if it was not exclusively made up of whisky distilled and matured in Scotland. To sell a blend as ‘Japanese whisky’ when there’s not a single drop of spirit produced here in it may seem preposterous but it was/is common practice here. Obviously, companies don’t go out of their way to emphasize this – the fact that that’s one of the ways in which ‘Japanese whisky’ was/is made – so it’s refreshing that the people at Chugoku Juzo are open about it. Well, they have to, because they don’t actually have the facilities to distill whisky themselves.

The malt that goes into the Togouchi whiskies is sourced from Scotland, and the grain from Canada. The components are carefully vatted together in Japan, then filled into carefully selected wood, matured in a disused railway tunnel, carefully monitored and bottled here. Does that make the whiskies ‘Japanese’?

There are reviews of the Togouchi 18 elsewhere on the net where it is described as a ‘very Japanese’ whisky. Maybe the reviewers were unaware of the origin of the whiskies that make up this blend, but that’s beside the point. In Roland Barthes’ book ‘The Empire of Signs’, there is a page where Barthes contrasts a clipping of a Japanese news article about him (including a photo of himself) with a bromide of Japanese actor Tetsuro Tanba. And Barthes writes:

“This Western lecturer [i.e. Barthes himself], as soon as he is ‘cited’ by the Kobe Shimbun, finds himself ‘Japanned’ – eyes elongated, pupils blackened by Nipponese typography. Whereas the young actor Tetsuro Tanba, ‘citing’ Anthony Perkins has lost his Asiatic eyes.”

What makes a whisky ‘Japanese’?

Maybe it’s not so much a question as it is a zen koan…
Email Post
Labels: Chugoku Juzo Europe Les Whiskies du Monde Togouchi