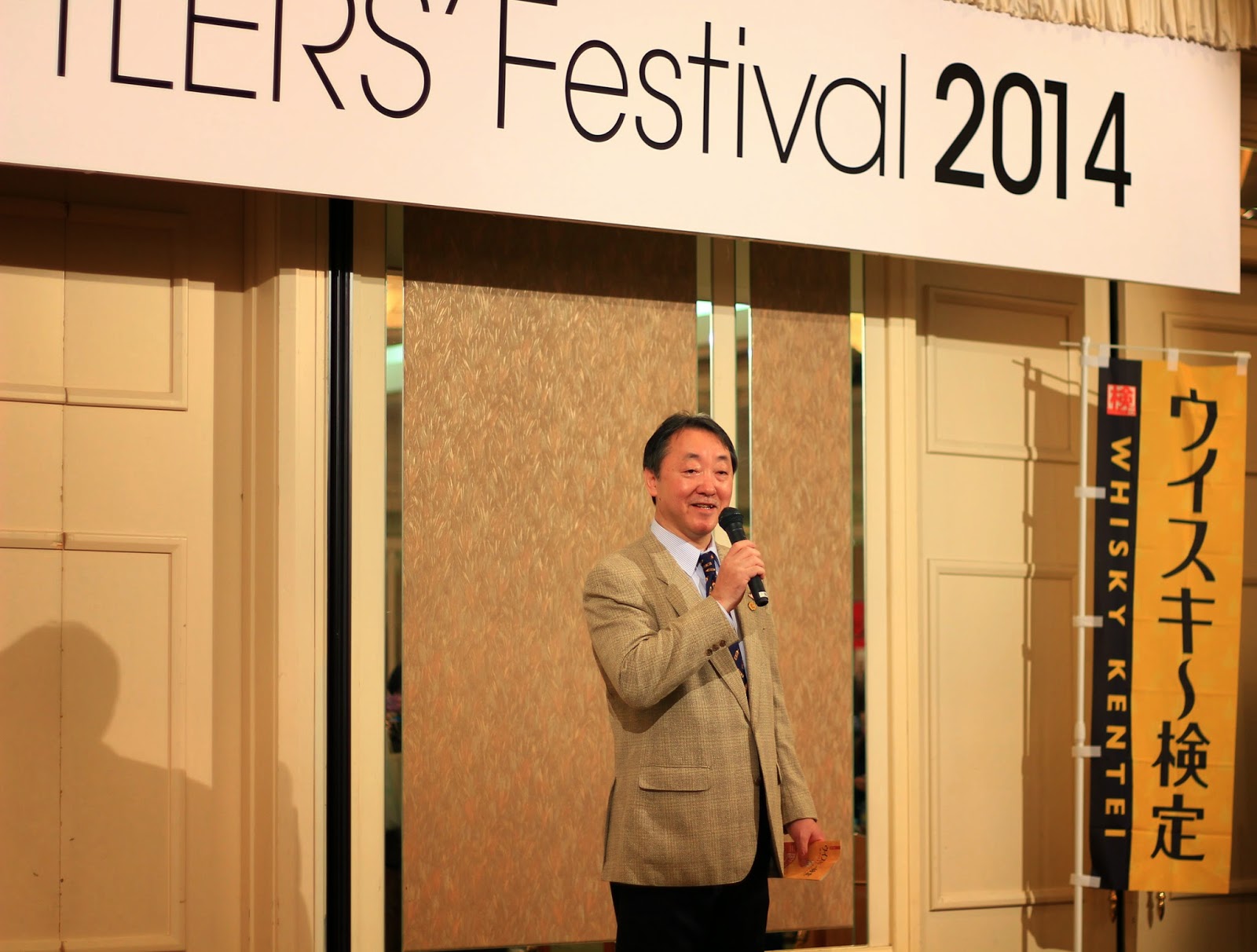 It’s safe to say that the first Bottlers Festival was an enormous success – not an unqualified one, but we’ll get to that later. At regular events, independent bottlers tend to lose much of their sunlight to the corporate giants of the whisky industry, but at this event, they had the entire playing field to themselves and they were clearly in their element, enjoying their day in the sun (in spite of the miserable weather). 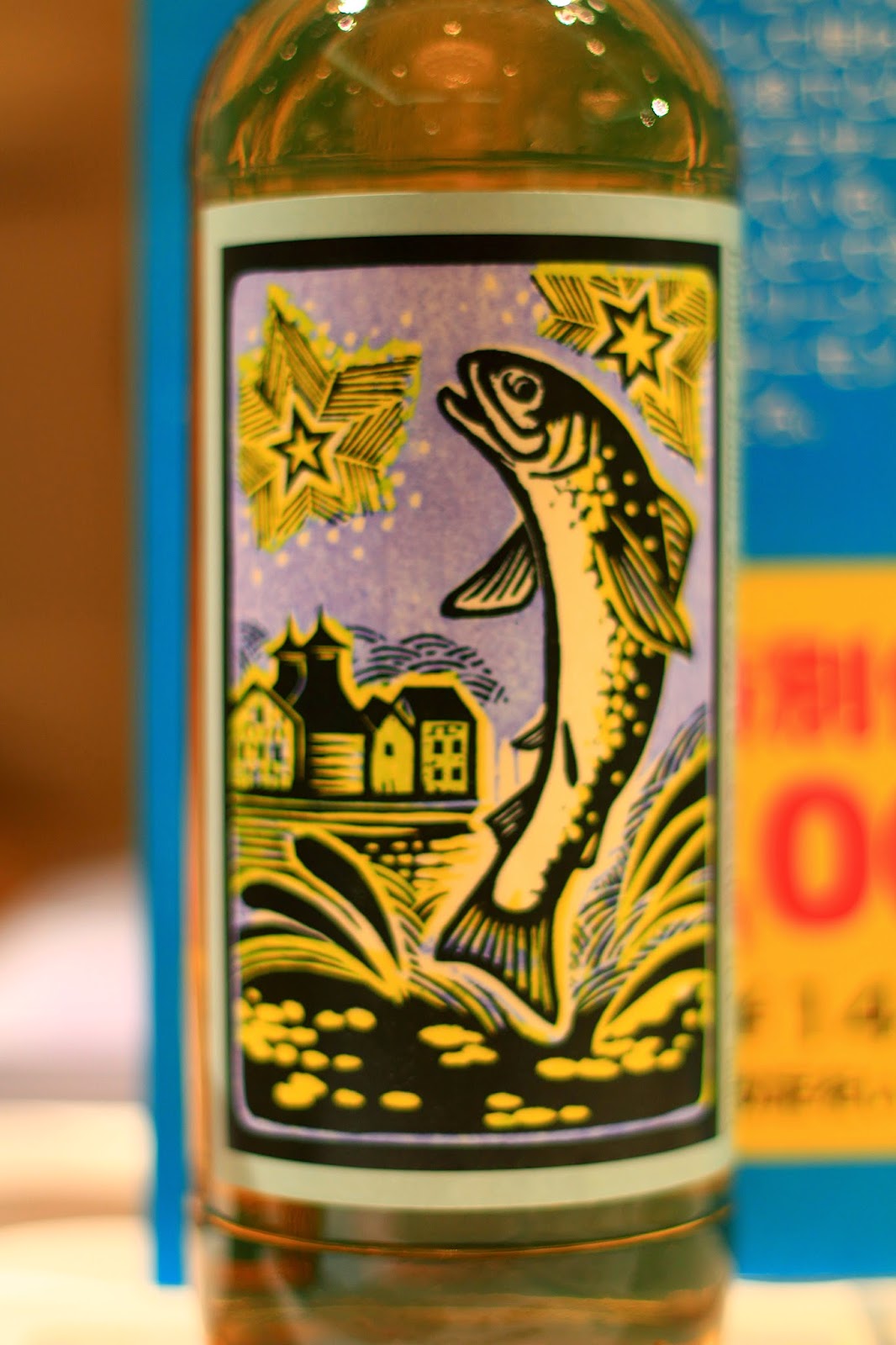 As usual, there was a festival bottling: a lovely 17yo Glentauchers (1996/2013, #1169) and a few store-exclusives that were introduced at the festival. 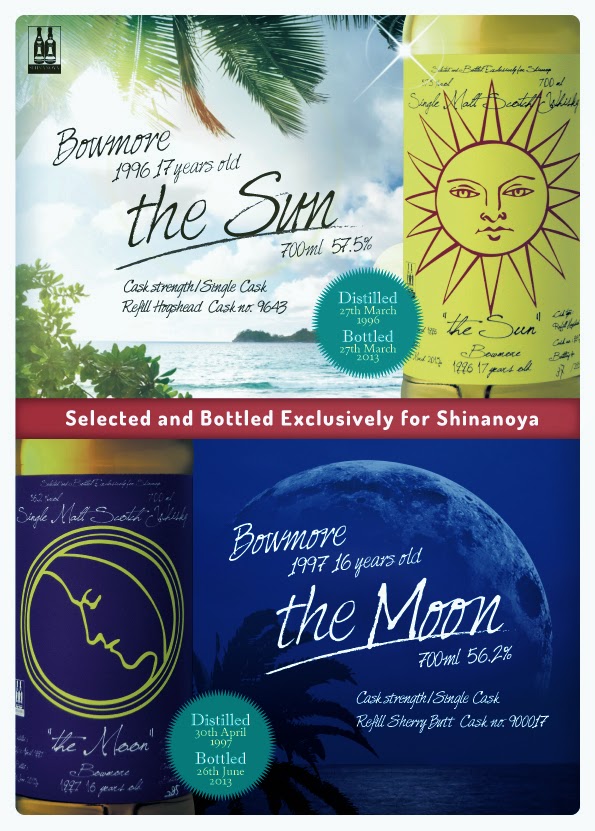 The guys at Shinanoya had brought a stunning Bowmore pair, continuing the ‘sun & moon’ theme of earlier releases. This time round, the ‘Sun’ is a 1996 Bowmore from a refill hogshead and the ‘Moon’ a 1997 one from a refill ex-sherry butt. People seemed to have their personal favourite but everyone agreed they were both extraordinary. Kudos to the guys at Shinanoya for this find – and for keeping it reasonably priced (11,800yen and 8,980yen, resp.)! 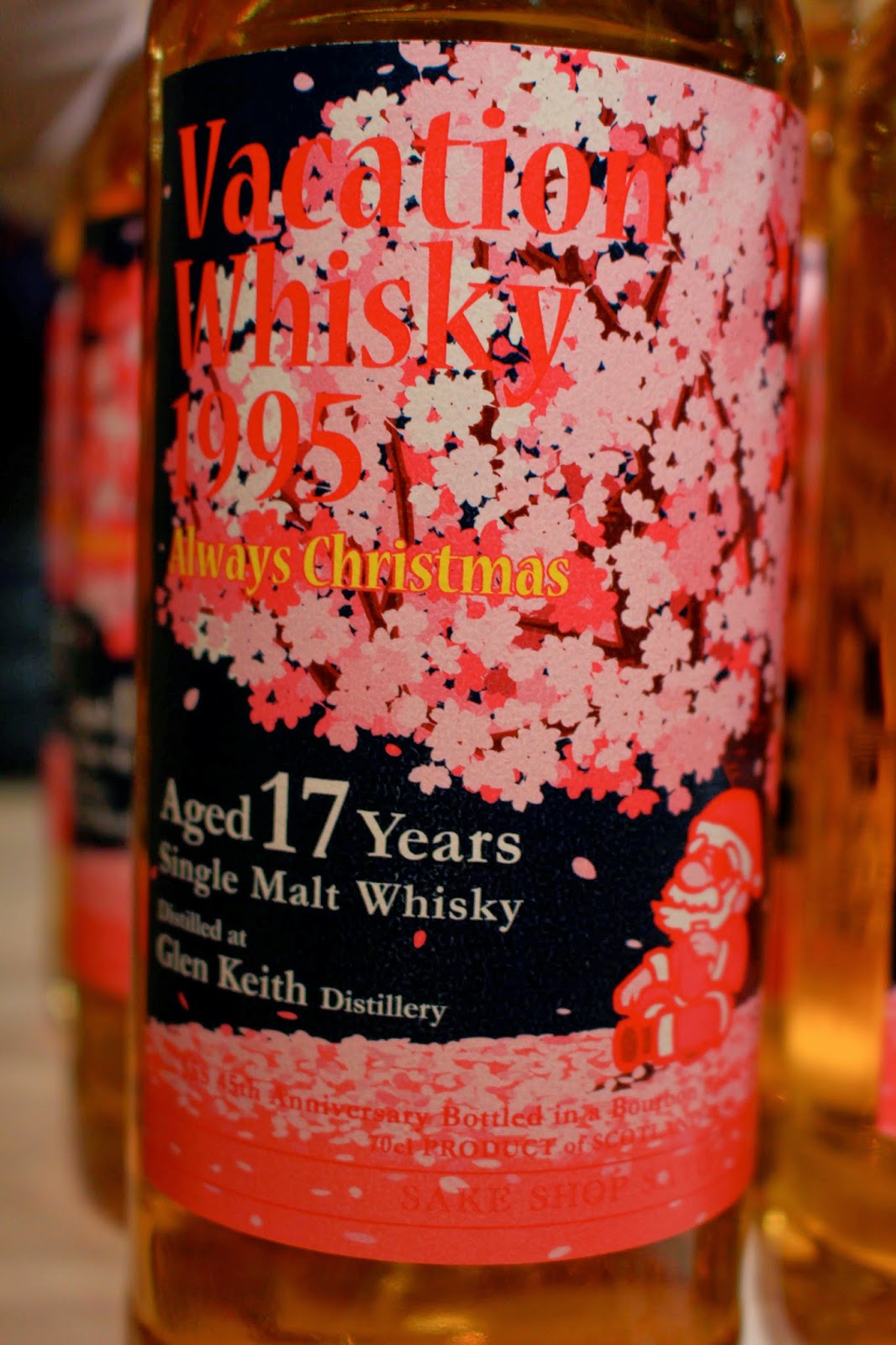 Sake Shop Sato had also a brought a new store-exclusive to the festival: a Glen Keith 17yo (1995) sporting a lovely cherry-blossom-saturated label but continuing the ‘Always Christmas’ theme started with the joint Karuizawa bottling they released last year. It’s a bit of a weird juxtaposition – cherry blossoms and Santa Claus – but the whisky inside the bottle has none of that strangeness… fortunately.

Another festival that has been going from strength to strength is Whisky Talk Fukuoka (on the island of Kyushu). The fourth edition will take place in a few weeks’ time (May 18th) and, like every year, there will be an Ichiro’s Malt festival bottling. The Whisky Talk guys actually had a booth at the Bottlers Festival here in Tokyo to promote their event, and they had brought their latest festival bottling so we were really fortunate to be able to try it (and for the lucky few who were fast enough, buy one!) weeks ahead of the official unveiling. A stunning Chichibu (2009/2014), this was clearly a relative of last year’s offering – arguably, one of the best Chichibus released so far. Akuto-san told us that, just like last year’s “kawauso” (river otter) release, this was first matured in a first-fill barrel but then transferred to a third-fill barrel to create more complexity in terms of flavour. This seems to work marvelously for the Chichibu spirit, because with the new release, it was love at first sip, too! 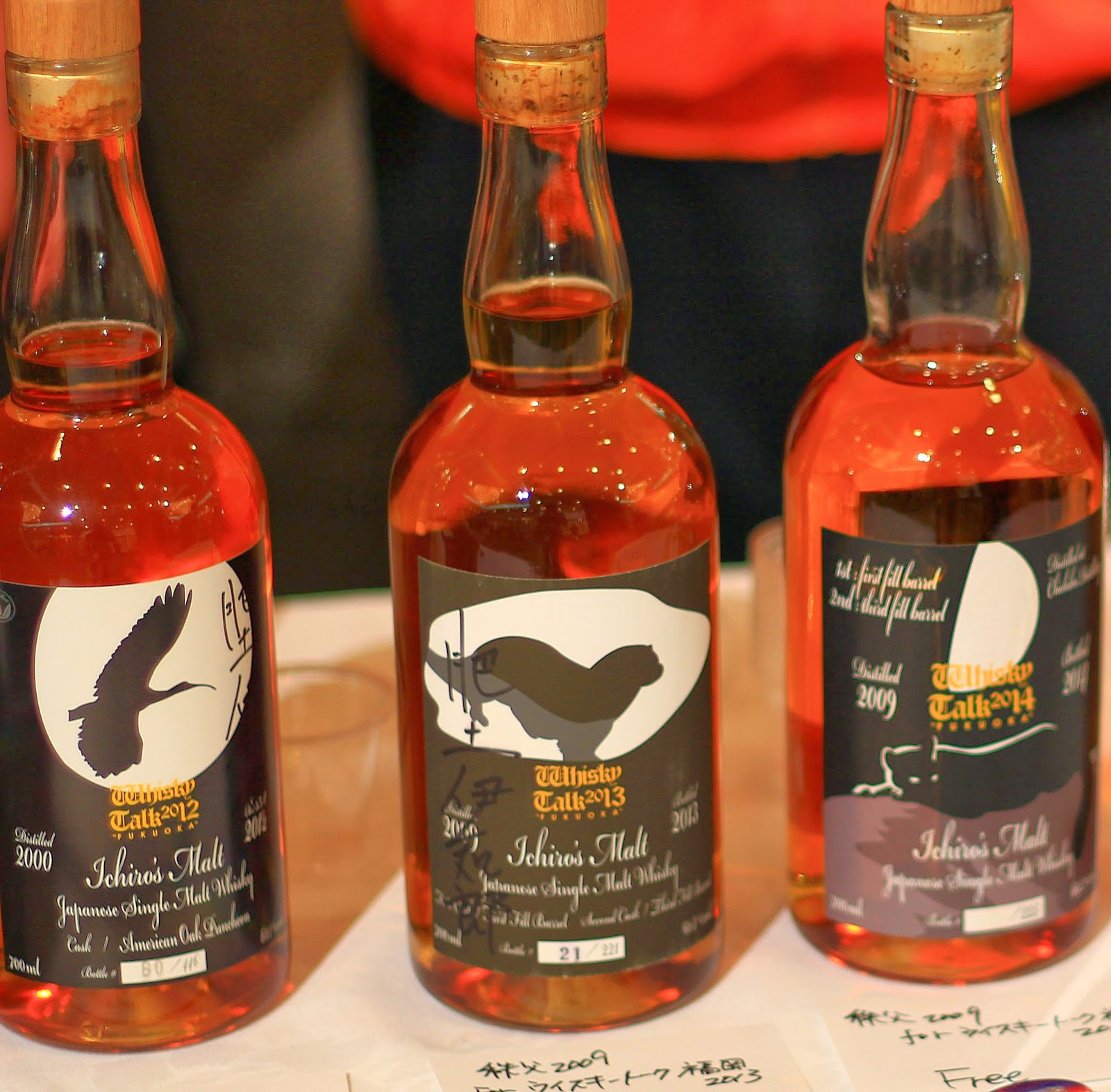 Speaking of new Japanese releases, we were happy to bump into our friends from Mars – the distillery not the planet! – at the event, who were there off-duty like Akuto-san, and thrilled to hear about some exciting upcoming releases. One of these will be their first official ‘new regime’ release (i.e. whisky produced since they restarted the stills, three years ago). This will be on the shelves in the summer: a 3yo, exclusively matured in ex-bourbon wood. There will also be another release very soon but we can’t say anything more about that just yet – you’ll just have to keep an eye on our site! The distilling season at Mars is still in full swing, a little later than usual. For the next few weeks, the team at the distillery in Shinshu will be producing medium- and heavily-peated spirit (around 20 and 50ppm, resp.) before they turn their attention to the production of other spirits, wine and beer in the Hombo portfolio.

If we had to single out one booth at the Bottlers Festival for special praise, it would have to be the Berry Bros. & Rudd one. They are usually tucked away in a corner and don’t make a big song and dance about their whiskies but the quality is always top-notch – something that discerning whisky enthusiasts at festivals here quickly catch on to. Some of the undisputed highlights of the festival were on their table: a Glen Grant 1974/2012 (#7646) and a Miltonduff 1989/2012 (#449009). They also used the festival to introduce the latest edition of their Blue Hanger blended malt. The 9th edition is a vatting of 5 hogsheads (2 Clynelish, a Glen Elgin, Linkwood and Bunnahabhain Moine) and a Bunnahabhain sherry butt.  Another little miracle from the hands of Doug McIvor, this should be available in Japan in the weeks to come. 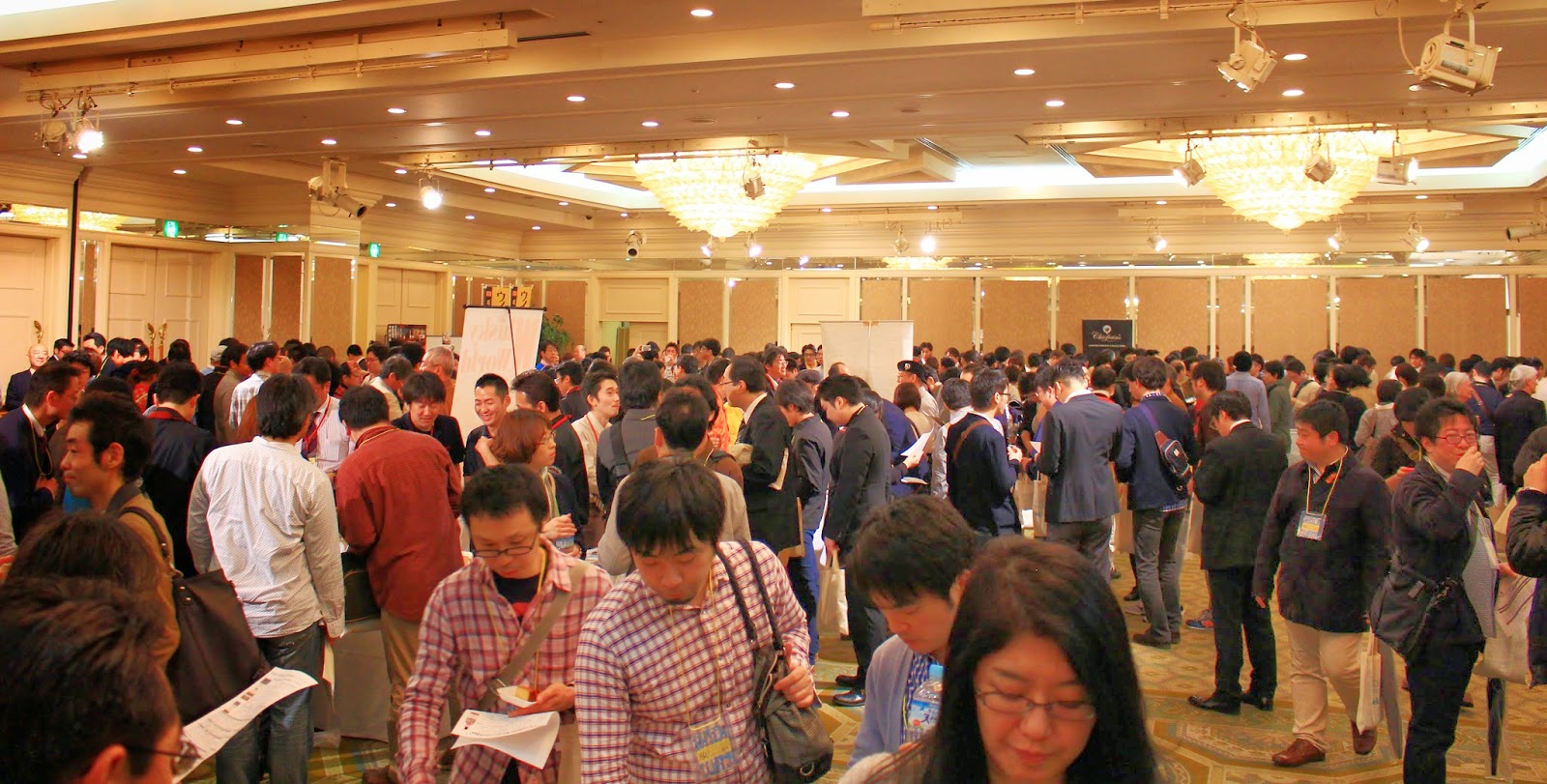 As said, the festival drew a huge crowd, but in a way, it became a victim of its own success. There was a lot of complaining going on because it was clear that the actual venue was far too small for the number of people passing through. At times, there were so many people that it was difficult to move from one booth to another, let alone get your hands on a little dram. That, combined with the fact that it could get excruciatingly hot, had the effect of driving people out faster than they would have liked, but maybe that was not unintended. If the people at the Scotch Whisky Research Centre manage to move their festival to a venue that is more spacious and comfortable next year, it will be one of the best whisky gatherings in Tokyo. Here’s hoping…
Email Post
Labels: Bottlers Festival

Steve said…
Sampling all of those cask strength whiskies made my mouth numb and it was hard to kick. I tried adding water but the volume of the samples was so small, it was hard to get the amount of water right.
The other problem was that nearly all of brands were so obscure, I didn't have any sense of what I should be trying.
For these two reasons, I found WhiskyLive to be more accessible.
April 7, 2014 at 9:03 PM