The results of the World Whiskies Awards 2014 are in and, like every year, there are some surprises. These are the world’s best whiskies as of today: 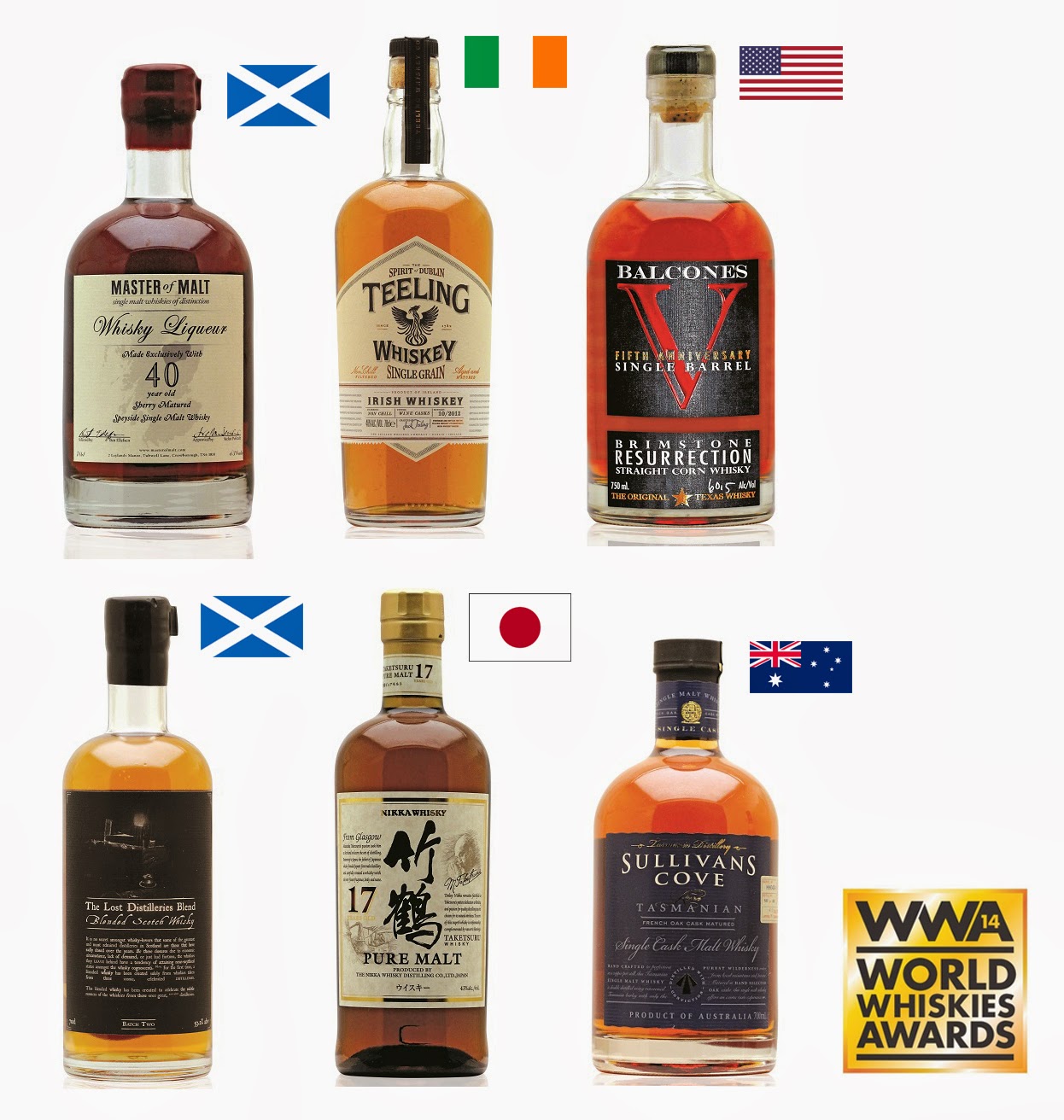 As painful as it is to admit it, there is little reason to celebrate in Japan. In all but one of the previous WWA editions, Japan took the title in at least two – and in 2011, even all three! – of the top categories. This time round, like five years ago, only one Japanese whisky managed to pick up a trophy.

In 2009, the lone Japanese survivor was Taketsuru 21. This year, it’s the younger sibling, the 17yo. At least the people at Nikka will be happy that, in this the 80th anniversary of the founding of the company and the 120th anniversary of the birth of Masataka Taketsuru, the flagship blended malt named after him came out on top for the 6th time in the WWA’s 8-year history. Congratulations to our friends at Nikka – well done and well deserved!

It is probably a pretty grim day at Suntory HQ today, seeing as the WWA’s resident Best Blend, Hibiki, failed to take top honours this year. Well, as they say: you win some, you lose some… For what it’s worth, it’s still our favourite – but then, we would say that, wouldn’t we.

Having had the privilege to be on the Japanese panel for the second time in a row, I can assure you the results don’t reflect a slackening of standards here – far from it. The quality of the vast majority of Japanese submissions was higher than ever. It may just be that the rest of the world is starting to catch up. It will be interesting to see, a few years from now, if 2014 will turn out to be a changing of the guard … or just a little hiccup in the ongoing success story of Japanese whisky. Interesting times we live in…
Email Post
Labels: Nikka Taketsuru World Whiskies Awards

Adrien T. said…
We were talking about Tasmanian malts the other day. They definitely seem to be worth having a look at!