Today, we can finally reveal some details of an extraordinary whisky we will be releasing in a few weeks’ time. It will be the fifth in our ‘Ghost series’ – and yes, we know there hasn’t been a fourth yet… but there will be by the time this fifth one sees the light of the day.
Our fifth ‘Ghost’ is very special for a number of reasons. First of all, it’s a Karuizawa and to say that we have a soft spot for that distillery is a major understatement. We just can’t get enough of it. But this is no ordinary Karuizawa. In fact, it is so unique – and we don’t use that word lightly! – that it’s safe to say nothing like this has ever been done for a distillery. 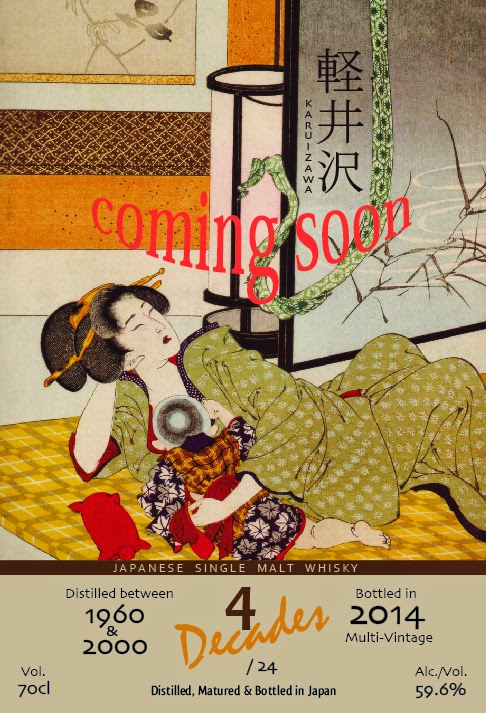 Inspired by the photographic technique of ‘timestacking’, a careful vatting was made of malt distilled over a period of 4 decades. The 5th Ghost contains malt from every decade of production, from 1960 right through to 2000, with a generous portion of whisky from the early 80s, the distillery’s ‘Golden Time’, thrown in the mix. It is, in other words, the history of Karuizawa distillery merged into a single dram… time collapsed into a single experience. The vatting was returned to wood for marrying – for the Karuizawa anoraks among us, we used cask #4556 (which used to contain a Karuizawa from the 1980 vintage bottled by La Maison du Whisky as ‘Pourquoi faut-il?’) – and the result is nothing short of sublime. 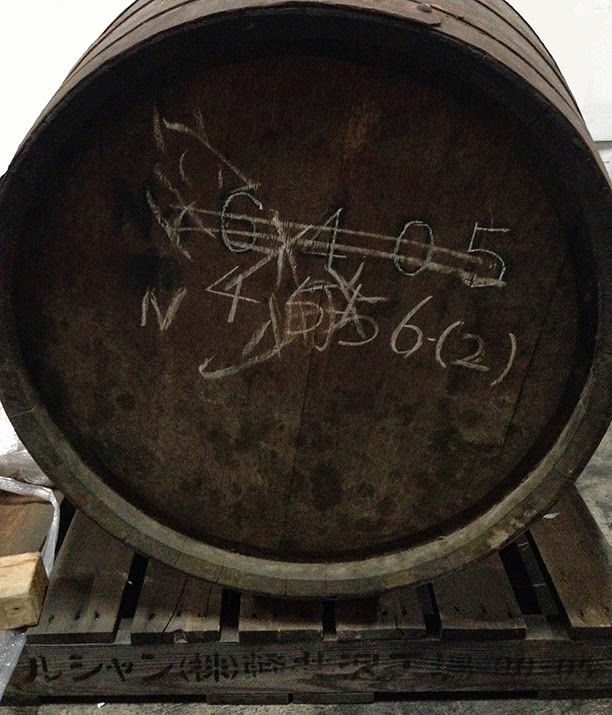 Strong concepts don’t necessarily result in quality whisky but in the case of this ‘stacked Karuizawa’, something truly magical happened. Drinking this is a kaleidoscopic experience, with so many elements and signature notes from the various periods of distilling at Karuizawa flashing by… and loads of little surprises, too. We won’t even attempt to analyze it…

So, how many bottles are there, and how much is it going to be, I hear you think. The answer to the first one is easy: 24 bottles. The answer to the second one is trickier: hopefully a lot! Let me explain. Another aspect that makes this 5th Ghost release very special is that it is a charity bottling. Nobody involved in it – not us, not Number One Drinks, not the people at Malt City – are taking a single yen from this. Number One Drinks was kind enough to donate the actual liquid and all proceeds will go to two children’s charities in Japan, one (‘Carillon Kodomo Center’) hosts shelters for children who have been neglected or abused at home, the other (‘Shine On! Kids’) supports children with cancer and other serious illnesses.

The bottling will be officially launched at the “Spirits for Small Change” charity event, held on Sunday, July 6th at BrewDog Roppongi in Tokyo. A few bottles of the “Four Decades” Karuizawa bottling will be opened at the event so that those attending can try it. The remaining bottles will be put up for auction the day after the event, on July 7th and people anywhere in the world will be able to place a bid. The auction will be closed a week later and those who placed the highest bids will be able to buy a bottle. Details of where and how to bid will be announced in early July.

So set aside a little bit of your holiday budget if you are interested in getting a bottle of this truly special whisky… and help us help two charities whose work with and for children is phenomenal beyond description. Thanks in advance for your support!
Posted at 5:02 PM

I love the concept, the artwork, the description of the whisky and most of all, that we whisky anoraks--who have so much that we can buy luxury liquids--have a chance to help out little folk who have have more challenges to overcome than normal.

I hope the auction is an unmitigated success. I am thrilled I have a chance to volunteer and help you out on the 6th of July.

Read the first paragraph and you will find a hint...

Thanks for a great initiative! The fact this is for charity made me bid way more than I normally would have contemplated. You guys, Marcin and Hiroyuki have played a blinder here and I duff my cap to you all. I'm delighted to have won a bottle with my bid and can't wait to get it home... It's liquid history and it will have to wait for a very special occasion to be opened b what a day that will be!

Whomever won these are incredibly lucky. I got a free sample in Tokyo. Cannot say where. It is absolutely AMAZING. Best booze I've had or ever will have in my life.