Japan switches on to whisky's story 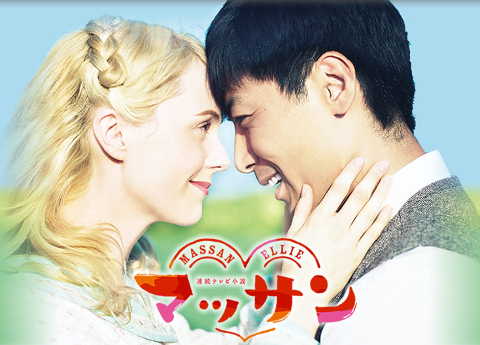 I am really excited.

On Monday (29th September, 8 am), Japan’s national broadcaster NHK will start screening “Massan”, a retelling of the story of Masataka Taketsuru and his Scottish-born wife Rita. It will be the first time that the creation myth of Japanese whisky (1,2) has really been told to most of the Japanese nation. And it couldn’t get much more mainstream than this: NHK’s “asadora,” or morning drama, has been a fixture in many Japanese families’ breakfast times since 1961. The asadora has routinely attracted some of the biggest audiences on Japanese television.

Massan will be screened six days a week from 8 am to 8.15am for six months. Millions of Japanese people will get to know Ellie (the fictionalised Rita Taketsuru) and Masaharu Kameyama (Masataka Taketsuru). It is going to be quite a ride, taking us through from 1920 when Masataka Taketsuru and Rita returned from Scotland with the secrets of whisky making, to, well, who knows when? (NHK are very tight lipped.) I wonder whether we will see Ellie and Masaharu grow old together?

From the previews that have been showing since last weekend, we do know that the early episodes will feature plenty of material on Taketsuru’s relationship with Kinjiro Kamoi (in real life, Shinjiro Torii, the founder of Suntory Whisky), who set up Yamazaki distillery with Taketsuru in 1923, and lots of arguments and reconciliations between Rita and Taketsuru. 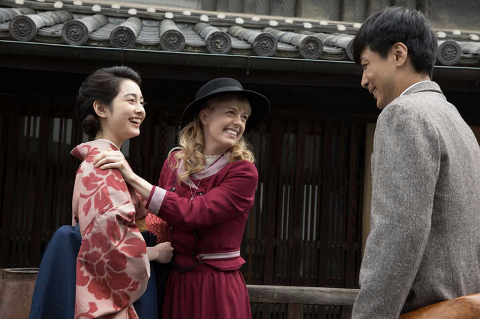 The role of Ellie, played by American actress Charlotte Kate Fox, is a real departure for NHK: the first time a foreigner has been cast in a prominent role in the “asadora”. She didn’t know any Japanese before taking the role, but, from the little we can see from the previews, she has studied mightily and has a screen charisma that may just carry this off. The relationship between Rita and Masataka, which is really going to be central, looks quite compelling.

The subjects and characters in the asadora are refreshed all the time, but it is usually a modern historical drama (not too much delving into the 17th Century) focussed on the the struggles of a female heroine to make her way in life. I think NHK have hinted that, unusually, the male lead (Taketsuru, played by Tetsuji Tamayama) will be the central character this time, but I would be surprised if it works out like that. The crux of this drama has to be Rita: she is the one who arrives in Japan in 1920 without any idea what she is headed for, who faces bitter recriminations for marrying Taketsuru, who is harassed during the rise of Japanese ultra nationalism (how are NHK going to deal with that?) and who has to choose between her homeland and Japan as a world war looms. Her’s are the grand themes.

The music, “Mugi no uta” by Miyuki Nakajima (it is the first part of this clip), seems to be all about Rita. It starts a bit bagpipey and Scottish and then progresses into a more recognisably Nakajima-like  power ballad about losing touch with people and places for the sake of a loved one. One of lyrics goes something like: “Barley seeds don’t fly, but songs may do, so if this reaches home tell them that I will lead my life here.”

We can also expect plenty of funny bits, some pretty safe family viewing (not too much sex or decadence on the asadora), and not a lot of English (the idea of the morning drama is that it can be easily followed by normal people amid the hustle and bustle of a morning routine; subtitles are not good).

The previews have given some interesting hints of what is in store. The producers may not have gone to Scotland to film any scenes about Taketsuru studying whisky making--or, at least, those scenes may be done as flashbacks. The drama seems to be starting on his and Rita’s return (which has the advantage of removing the need for loads of English dialogue). The Scottish scenes may have been shot in Hokkaido (??). There has certainly been some filming at Nikka’s Yoichi distillery, where some original stills once used by Taketsuru were restored for the use of the drama. There has also been filming at Takehara in Hiroshima. Taketsuru came from the Taketsuru sake brewing family and their brewery seems to have been used in filming some sake scenes. Many Japanese people are going to be learning a lot about alcohol in the coming weeks.

Other titbits from the previews:

There is a bit of a superstition that any asadora with the Japanese character for “n” in the name is always a hit. Massan has and “n” in it, so things are looking up! I think this drama may actually have quite a profound effect on Japanese whisky--Japanese people have been getting back into their whisky in recent years (1,2), largely on the back of a very successful Suntory advertising campaign, but the asadora is bigger than any advertising campaign and it will be associating the founding myths of Japanese whisky with narratives about Japanese identity in a powerful way.

Certainly, Nikka, the company Taketsuru founded, are getting excited. They set up a twitter account on September 23 and began tweeting about their history. They also have some special edition highballs out to coincide with Massan. The Rita highball is a mix of whisky, soda and apple juice, while the Taketsuru highball has a pure malt whisky base. 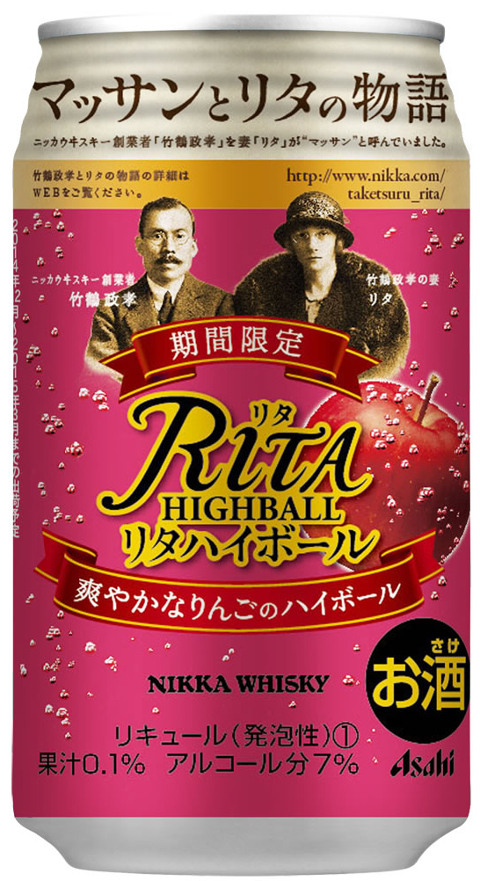