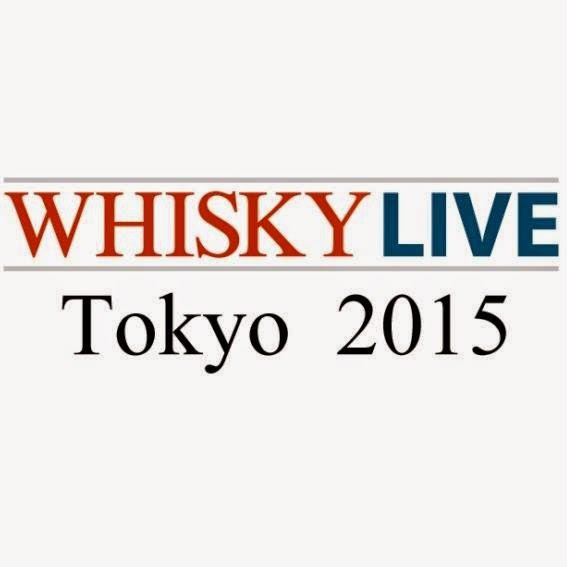 It is not often we ask you to get out your agendas and reschedule some things, dear friends, but this is one of those occasions. The date(s) for Whisky Live Tokyo 2015 have just been announced, so we won’t beat around the bush: it’s Saturday 19 September from 12 noon to 6pm at Akiba Square in Akihabara.

If one day is not enough – and let’s face, enough is never enough when it comes to good whisky – there’s also a “Whisky Live Party” at the Park Hotel in Shiodome on Friday 18 September (7:30-9:30pm).

Dave Broom will be making a long overdue visit to Japan for the event and the people at Whisky Magazine Japan are working out a program of tastings and seminars with him. They’re also working very closely with whisky producers and importers to ensure there is a plethora of interesting whiskies to try. Many industry folks from abroad will be attending, and hopefully, there will be some commemorative bottlings again – which would be good news after last year’s disappointment in that department.

In a way, this is a return to the roots of Whisky Live but taken to a whole new level – with much more interesting whiskies available (not just for the novice or the casual whisky drinker but also for the whisky anorak) than has generally be the case the last couple of years at festivals (Whisky Live and other) here in Japan. Please note that, from this year, the Tokyo International Bar Show (revamped as TIBS +Whisky Expo, held in May) is a separate event, unrelated to Whisky Live.

We will bring you further details about Whisky Live Tokyo 2015 as and when they become available. In the meantime, block that date and make sure you are in Tokyo on 19 September. Needless to say, we’ll be there, too, so come and say hello.
Email Post
Labels: Dave Broom Modern Malt Market Whisky Live Tokyo

sushiboy said…
Have the domestic whisky price rises come into effect yet? I'm not seeing it on Kakuyasu.
April 13, 2015 at 8:36 PM