Ghost 6 on the loose…

The 6th installment in the Ghost series has been out for a while, but this one’s a little different from the previous 5. The bad news is: you won’t be able to get your hands on a bottle. The good news is: your chances of trying it are much higher than any of the previous releases… How can that be? Well, bear with us. This is the story, in a nutshell.

We’ve been longtime fans of Ichiro’s Wine Wood Reserve, from back in the days when he produced this ‘leaf label’ release as a one-off for the liquor department in Takashimaya, Shinjuku (about 5 years ago). This was by far our favorite in the leaf series (the others being the “Mizunara Wood Reserve” and the “Double Distilleries”), and it’s highly regarded among whisky fans in Japan, but not so well known abroad. Due to the scarcity, very few bottles made it to retailers abroad. It did very well in blind tasting competitions in Japan, but never made it to the top (can’t blame the whisky when it’s up against the likes of Yamazaki 25 etc.). So, in the summer of last year, we approached Akuto-san with the request to do a special bottling of the WWR at vatting strength for the Ghost series. We were thrilled when he agreed, but he had just added some components to his WWR, and being a solera whisky (a rare example of one in Japan!), it needed a few more months in the vatting tank to marry properly. (That’s the egg-shaped vat in the picture below, the so-called OVUM – Latin for ‘egg’ – made by French coopers Taransaud.) 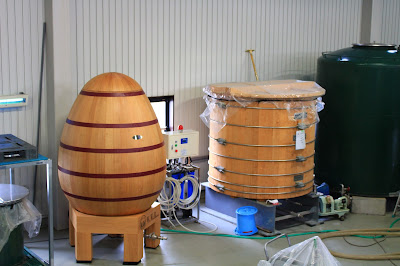 So, we waited patiently – enquiring from time to time if it was ready for bottling. Having – never by design, always by accident! – produced some ultra-limited editions before (22 bottles, 24 bottles, …), we wanted the 6th Ghost to be a ‘people’s Ghost’, i.e. something that could be enjoyed by as many people as possible. We aimed for a few hundred bottles… then, at the eleventh hour, misfortunate struck: the OVUM had started to crack and had to be sent back to France for repairs. We got word that there was only… 20 litres of the liquid left. So again, in spite of our intentions to produce something with a higher outturn, we were left with just a handful of bottles (28 to be precise).

Weary to do another lottery – like with Ghost 2 and 4, most of which ended up being sold at auctions for up to 50 (!) times the original price, and because of this perceived increase in value, unopened and just put away in closets – we realized there was a way to still make this a “drinker’s Ghost”. We decided – in agreement with our partners, Number One Drinks – to make this exclusively available to bars in Japan. Yours truly made a selection of bars all the way from Hokkaido to Kyushu, delivering each bottle in person… and ordering the first dram there and then, so that 1) the bottles would be open and ready to be enjoyed by people visiting the bars, and 2) no bottles could ever end up at auction. We figured that, being at bars throughout the country, about 700 people could try this phenomenal whisky, rather than 28 people worshipping and/or flipping their bottle. 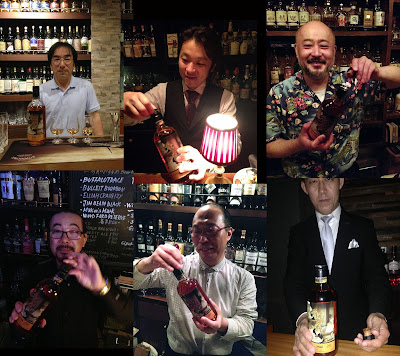 “So, why only bars in Japan?” someone asked us. Well, as an experiment, we had to start at home (if only because it’s a bit hard to fly around the world, delivering bottles hand-to-hand, not to mention financially crippling). Sure, it limits the accessibility geographically, but with only 28 bottles available that was always going to be the case. For those living abroad: consider this an extra incentive to come and discover the amazing (whisky) bar scene in Japan. We’re not going to give you a list of bars – because that’s part of the idea of this Ghost, that it’s a bit elusive – but if you take a look at some of the shots above and below, of bartenders opening their Ghost, you may recognize some familiar faces. Some bars have already opened their bottle – and getting close to the bottom – but others have decided to put it away for a few months and bring it out then, so enjoy the hunt! Ask around, ask your friends… it's all good fun. And when you do find it, savour it because it’s a stunning piece of work. You won’t be disappointed. 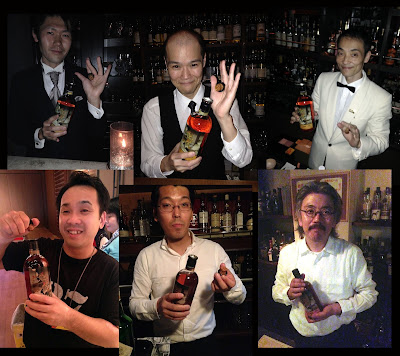 We knew right away that the label would feature this particular print from Yoshitoshi’s “New Forms of 36 Ghosts” because of the prominent vine leaves in the picture. We know that there are quite a few fans out there who enjoy reading about the stories behind these prints. So here we go. This one is called “The ever-reflecting water is frozen and covered with ice, it does not mirror the evening moon in the sky – Sogi” (brevity was clearly not a virtue in those days):
“Sogi was a seventeenth-century priest who spent much of his life traveling, preaching and teaching poetry. He would pay for lodging at the homes of people he met with his wit and literate conversation. Here, he has taken refuge for the night in an abandoned house. The weather is clear but extremely cold. He notices two ghosts muttering to each other in the shadows of the house. As in a traditional Japanese poetry contest, they are arguing about a poem; they have composed the first half but are having problems with the second. Sogi immediately completes the poem. Rather than thanking him, the ghosts are angry at being bested; they gesture threateningly at Sogi before disappearing, leaving him to a lonely and uncomfortable night.” (John Stevenson) 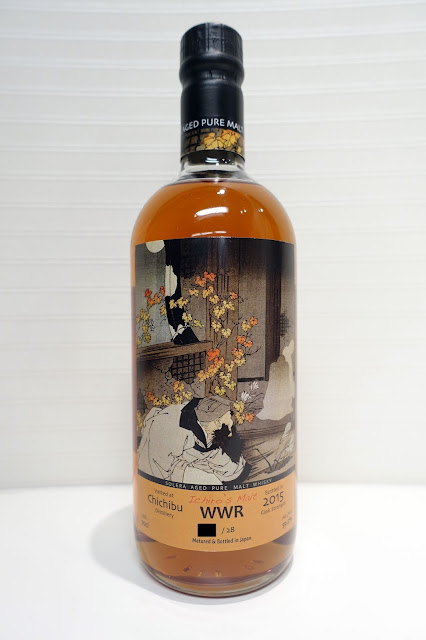 We like to think that, if there was a bottle of this particular whisky around, his night would have been much less lonely and much more comfortable.
Email Post
Labels: Bar Cask Strength Ichiro Nonjatta WWR

Stefan Van Eycken said…
Please read the article and your question will be answered.
July 15, 2015 at 3:42 PM

Pete D. said…
Stefan this is tremendous - an amazing celebration of what I am sure is a tremendous whisky. Sadly I will not be in Japan anytime soon, but there will be other ghosts to hunt I am sure!
Best from London

Stefan Van Eycken said…
Thanks for your kind words, Pete. Much appreciated. It is becoming a bit of a source of frustration that the more insane the current Japanese whisky craze is becoming, the less people are taking those whiskies to their ultimate destiny, which is: to be appreciated and drunk!
July 15, 2015 at 5:25 PM

Unknown said…
Amazing.
I already told you that on the Karui group, but this idea is awesome and really the best to make a lot of people enjoy new releases.

I hope some will be left somewhere in October when I'll be in Japan.

"Some bars have already opened their bottle"
Do you mean there are still some closed bottles ;) ?


Just a quick suggestion for a next releases.
Why not propose a way to get "samples" of the next ghost bottles ? a sample has no real money value for resale and could help people tasting it. (3 bottles = 105 samples)
This could still be done with a lottery in parallel with giving the other bottles to bars.

I should have made myself more clear - when I said "some bars have already opened their bottle", I meant have the bottle open at the bar. (All the bottles are open, in the sense of "not sealed anymore" and have at least one shot less than full - one I drank, and very often the bartender and guests who happened to be at the bar also had a dram when it was opened.) But some bartenders have closed the bottle - as in "put the stopper in and put it back behind the bar" - because they want to bring it out in a month or two. It happens that a bar in the same city also has it, and then bartenders may choose to bring out their bottle later when the other bar has finished their bottle... Once the bar pays for it, it is their bottle, and as long as they stick to the rules [and there are many rules in the case of this bottle], they can do what they want.

As for your suggestion, it is certainly something worth considering! A good idea.

And somehow I think you may be able to try Ghost 6 when you are here in October... don't ask me why, but a little voice tells me that might be the case ;-)

volk-man said…
So do you have a guess, when final edition of the Ghost series will be available Stefan? Kind regards from Germany.

Unknown said…
So, now that some time has passed, and I am coming from San Francisco next week, can anybody tell me who and where the bartender is/works in the first set of photos; top right, wearing a flower shirt? I was fortunate to attend the Bar Show last year and this man helped me with navigating the line (as my Japanese is non-existent). When I saw his picture in this post and recognized him as the one that had helped me I thought it might be nice to go by his establishment and buy a few drams from him as a thank you. Much appreciated.
March 23, 2016 at 12:28 PM